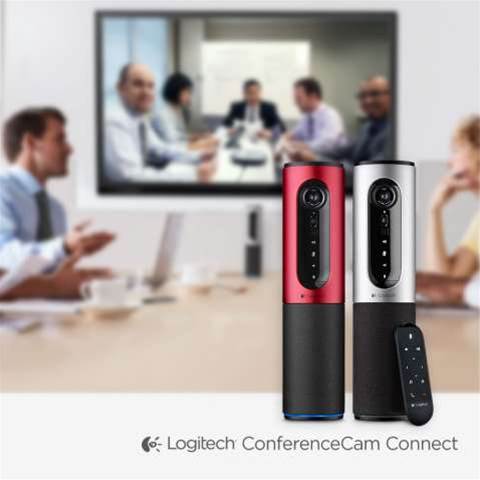 This portable device is designed to turn any meeting room into a video-conferencing centre.

Traditionally, when companies wanted a multi-person videoconference they needed to have an expensive set up with a special room configured with a screen and camera. Logitech are trying to break into that market with a portable solution that can turn any meeting room into a video-conferencing centre.

The Logitech ConferenceCam Connect is expected to be available in Australia in April 2015 at a suggested price of $599.95.

Unlike a laptop or webcam, the ConferenceCam Connect is designed with a lens that can capture a 90-degreee field of view so conference participants can see several people in one shot. Laptops and webcams are typically designed for one-to-one conferences.

Backing up its claims to portability, the ConferenceCam Connect can run on a internal battery for up to three hours for a video conference. It can also be used as a conference phone. The battery will take you through 15 hours in that mode.