This $199 Windows 8.1 tablet could be a handy one-trick pony 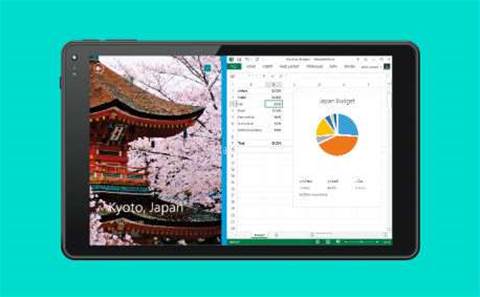 The Pendo Pad 8 is one of the first tablets that comes with Windows 8.1 at such a low cost.

Earlier this week, the Pendo Pad 8 tablet was announced. This $199 tablet will be sold in Target stores and is one of the first that comes with Windows 8.1 at this price.

On the upside, the Pendo Pad 8 has Office 365, so you can edit and read documents when you're away from your work desk. The mini-HDMI output means you can also connect to a screen or projector, assuming you have an appropriate cable, so you can give presentations.

A look at the Pendo Pad 8's spec sheet won’t reveal anything particularly ground breaking though. In fact, it might cause serious techies some alarm. There's just 16GB of storage and 1GB of system memory. Typically, Windows 8 systems come with more than 30 times that amount of storage and 4GB of memory would be considered a minimum.

We haven't tested the Pendo 8, so we can't make any judgements on its suitability for work purposes. But we can say we have seen one business using similar devices for an authentication system used by staff.

If your business relies on a single application for a particular purpose, a tablet like this might be enough.

As to whether it could replace your laptop entirely, this writer has already explained why he thinks a tablet isn't a replacement for a laptop or desktop.