There's a new version of Evernote for iPad and iPhone 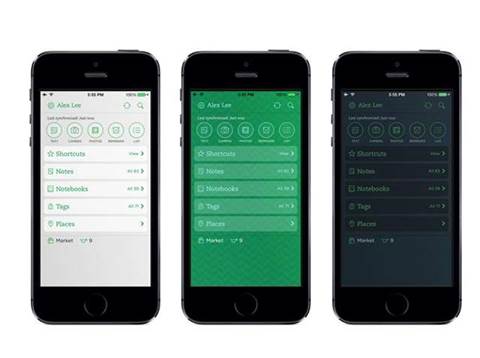 While there's not a lot that's new in version 7.3.0, there are a few handy changes to the homescreen. Find out what they are.

Evernote is one of those apps we find very, very useful, so we noticed with interest that there's a new update for iPad and iPhone.

While there's not a lot that's new in version 7.3.0, there are a few handy changes to the homescreen. New icons have been added to the home screen so that you can create text, photo, reminders and lists with one tap.

When I use Evernote, I frequently use the same two or three notebooks for about 80% of my information capture. I can now specify that my most frequently used notebooks appear on the home screen and I can dictate where this list appears.

It's a small thing but it means I can get started faster than before – an important consideration when I'm in a hurry.

You can also hide things you don’t use in order to de-clutter things. For example, I rarely apply tags to my notes. So I've changed the home screen to not show the useless-for-me tags list.

You can also change the colour scheme between light, dark and green. But more importantly, you can choose to have the sync status displayed so that you know when your notebooks were last synchronised.

I often use the desktop version of Evernote to compose notes but then work from them on my iPad or iPhone. It's now easy to ensure that I have the most recent updates synchronised to my mobile device.

Is this a worthwhile upgrade? If you're not already using Evernote then it's not likely to be the upgrade that wins you over from whatever note-keeping app you're using today.

But for existing Evernote users, these changes further refine what is now a very mature and capable application.