There's a new version of Dropbox for iPad and iPhone 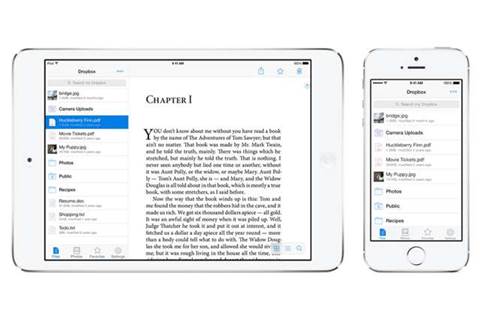 If you're one of many people using Dropbox there is a new "streamlined" version for iPad and iPhone, though not everyone likes it.

Dropbox has its pros and cons, but it's used by a lot of people, so we were interested to see there is a new version for iPad and iPhone.
According to Dropbox, the new version provides a "Streamlined iPad experience: just tap on your files and photos to toggle fullscreen".
Newsletter Signup

I have read and accept the privacy policy and terms and conditions and by submitting my email address I agree to receive the Business IT newsletter and receive special offers on behalf of Business IT, nextmedia and its valued partners. We will not share your details with third parties.
Dropbox boasts "Improved sharing and exporting makes it easier than ever to send files to your favorite apps".
Other changes in the new Dropbox app include AirDrop support, faster operation in certain situations, improved PDF display and various bugs have been fixed.
Be warned though, the new app looks quite a bit different, and not everyone seems to like it - we found a few comments from people criticising the predominantly white user interface, inspired by Apple's iOS 7 - both in the iTunes Store (see also the US and UK stores for additional user comments) and on the Dropbox blog.
some people complaining
For example,  'Steve' posted the comment "The "open in ...." function was great! Now I have to email myself to open the file in another app.... Please update to include this again!!"
Copyright © BIT (Business IT). All rights reserved.
Tags:
app dropbox ipad iphone software
By Daniel James
Nov 26 2013
4:24PM