The Samsung Galaxy Note 2: should you hold off on that new phone? 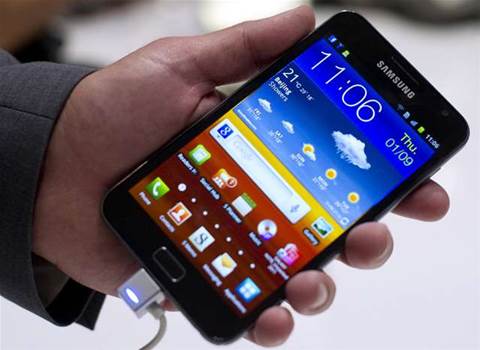 Well, it depends on a few things. Here’s why the Internet is losing its mind over a rumoured Samsung Galaxy Note and what you need to know.

If you’re shopping for a new smartphone, or even a tablet, you may have stumbled across news of a rumoured Samsung Galaxy Note 2.

If you haven’t yet, you soon will. We’ve recorded thousands of hits from people reading this snippet over at our sister site PC & Tech Authority about the new phone – and rumours that it could be even faster than the most recent “it” phone, the Galaxy S III.

Meanwhile, Samsung has a special event scheduled for August 15.

There are several reasons the Galaxy Note 2, if real, could be worth holding off for, if you are on the hunt for a new phone with a difference.

It’s cheaper than getting a phone + tablet


The current Galaxy Note is so big, that when we borrowed one for our office, whoever was using it was the constant butt of jokes. Telstra calls the phone a “phone and tablet in one” – and it’s not far from the truth. We’d be hesitant to suggest this would replace your laptop, because it won’t, but at a stretch, you might be able to give up your tablet, at least for commutes or business trips. The current Note has a 5.3” screen, and there are rumours we’ll see that increase to 5.5” on the Galaxy Note 2. It’s not the same as a 9.7in iPad, but then you can’t fit that in your pocket.

Faster performance, though we wonder if that’s necessary 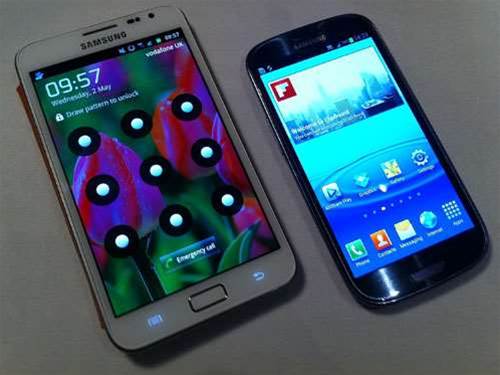 The Galaxy Note and Galaxy S III side by side.

Rumours of a quad core CPU in the Galaxy Note 2 are swirling, with some suggesting it will be the same as the chip in the excellent Samsung Galaxy S III (read our rundown of the Samsung Galaxy S III here). In certain circles this is something to get excited about, though we hesitate to call it a killer feature if you’ll be using this phone for work. Faster performance may certainly help if you’re running office apps, but we didn’t’ find any particular problems with speed on the current Galaxy Note. For what it’s worth, battery life was also very good on the Galaxy Note.

A slicker interface - Android 4.1 (nicknamed Jelly Bean)
One thing we’ve learnt over the years is that having all the features under the sun can be useless if the phone is a dog to use. Fortunately, Android has come a long, long way in the last 24 months or so – it’s faster, has plenty of apps, and sophisticated features that in some areas put it on par with the iPhone. The latest version is Android 4.1, and as we’ve explained here, it brings smoother operation among other things (see below).


This is a helper feature that prepares “cards” with helpful information depending on what you’re doing. Leaving for work – the phone prepares traffic info (in areas where it’s available) and an alternate route. The idea is that pre-searched information is ready for you at the time you need it – finding a bus, checking the weather, getting a flight, suggesting nearby bars. It’s a potentially useful feature, and something we’ve seen described as creepy on several sites. Early reports are that Now takes a little while before it starts to learn useful things to provide - still, a feature with potential.

Or on the other hand: there’s the Google Nexus 7 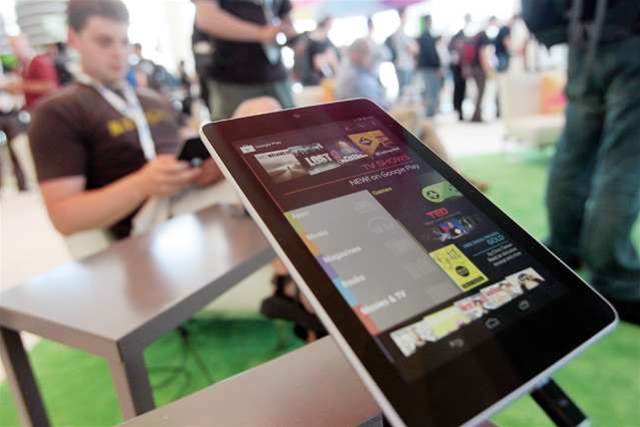 All of the above points add up to a pretty positive picture for a Galaxy Note 2, if it is coming. That said, if you’re looking for a cheaper alternative to the iPad, there is another path – the Google Nexus 7 (read our first impressions here). On sale now, this 7in tablet is generating a lot of buzz. It runs Android 4.1 and costs $299 for the 16GB model. It’s not perfect – there’s no SD card slot, the screen doesn’t rotate, it’s not as good as the iPad screen and it’s WiFi only. Still, if you had this, you might not need to scale up to a giant phone like the Galaxy Note.

Conclusion
Just like you can now get a laptop that turns into a tablet, it’s now possible to get a phone that looks like a mini tablet. We like the current Galaxy Note – it’s not for everyone, but if you don’t mind the idea of using a stylus (pen for the screen) and holding a fairly large handset, then it’s a useful alternative to carrying around a tablet too. If a Galaxy Note 2 does hit the market, the addition of Android 4.1 should make an even better device.