The one screen you look at every day 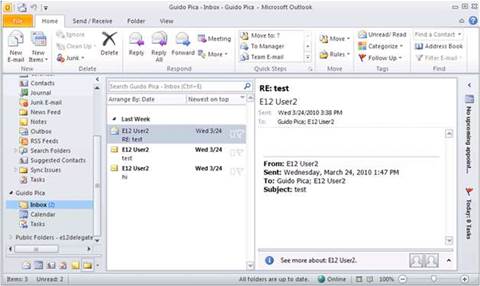 Every single weekday you probably open Microsoft Outlook. Have you ever adjusted the settings?

Your inbox might be bursting at the seams, but the truth is that you don't actually need to open many of those emails. Some are obvious spam which you can simply ignore, but others might be short messages which you only need to glance at.

This is where the following three layouts can make life easier. These screen shots are from Apple Mail, but you can use these layouts in many email clients. 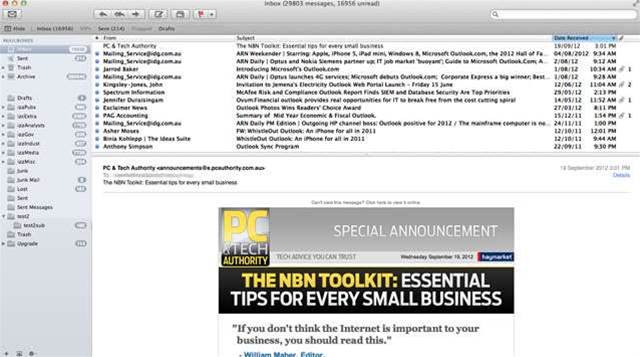 The three-pane email layout has been around for many years - with your list of folders down the left, list of emails in the selected folder at the top right and a preview of the selected email underneath it at the bottom right. Many people would know this as the classic Outlook Express interface which was later adopted by many webmail services. Even Google's Gmail added the option of a preview pane last year.

Using this three-pane layout you can scroll down your list of emails with the arrow keys to view the next email in the preview pane. Alternatively you can click on an email, or perhaps hit Enter, to open it in a new window. Sometimes you've the option to close the preview pane to make your list of emails longer and see more of your inbox, but now you're only presented with the sender and subject so you need to open an email in a new window to see the contents. 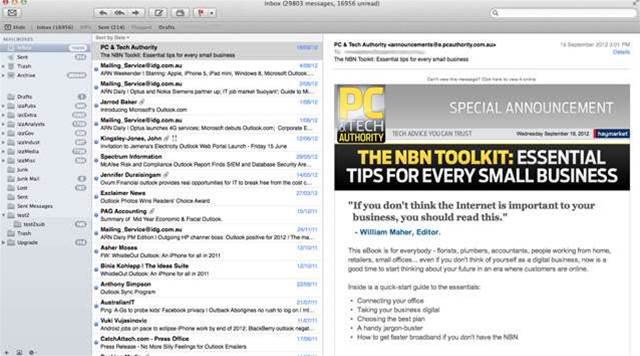 Many email programs also offer the option of a three-column layout. It presents the list of folders on the left, the contents of selected folder in the middle and a preview of the selected email on the right (rather than underneath). Switching to a three-column layout lets you see more of the list of emails sitting in your inbox, but the trade-off is that your preview pane is now narrower. You might need to scroll across to see all of a HTML-formatted email, which is frustrating, although you can usually adjust the width of the other columns to make more room for the preview column.

The three-column layout tends to be more useful on a larger display where you can keep the preview column wide enough to see all of HTML emails without squashing the other columns too much. If you tend to forget to deal with emails because they're been pushed of the screen by newer email, a three-column layout could make life much easier. 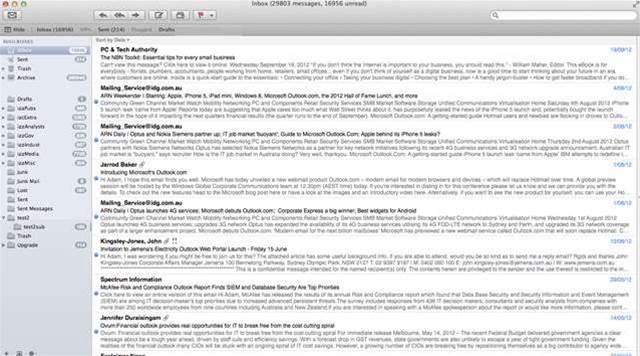 There is also an "autopreview" option, which displays the first few lines of each email in your inbox pane. So rather than just seeing the sender and subject line, you now get enough of the message to help you decide whether or not you need to see a full preview or open it in a new window. You can usually adjust autopreview to display up to the first five lines of the email.

Of course the trade-off is that the more lines you display for each email, the fewer emails you'll be able to see in your inbox before you need to scroll down (which is why it's more practical when using a three-column layout). But the benefit is that you won't need to preview the contents of many emails because you'll be able to tell at a glance whether they're important.

There's no one-size-fits-all solution to viewing your email, as everybody works differently. But adjusting the layout of your email client and tweaking the autopreview options could make it easier to deal with your inbox at a glance.