The not-so-simple task of changing ISPs 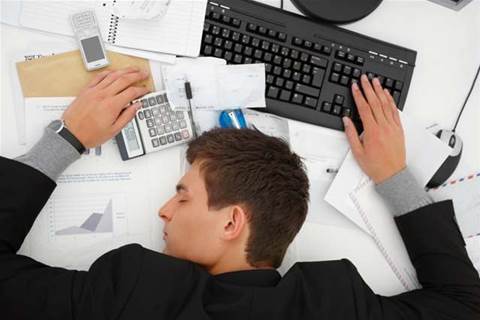 Why can swapping your internet provider can be such a pain? Just read about the hassle this reader went through.

Kevin from VIC was offered a better deal on his internet plan, so he decided to say goodbye to Internode and go for one of the Telstra bundles at a lower price with extras such as free calls between home and mobile.

Sounds simple but Kevin had tried to connect Telstra internet at his home two years ago and was told it couldn’t be done. “The reason I was given at that time was there was no spare capacity in the exchange and even if I gave up my current Internode service, it would stay with Internode and Telstra could not take it back.”

On the phone, when Kevin rang to check he was told that it could probably be done but he needed to submit an order and wait for an answer. He rang about a week later and was told his order had been cancelled. He was unhappy with the result and not being told it couldn’t be done.

Kevin has an Internode Reach service which means it is a Telstra service onsold through Internode. Kevin queried why Telstra can’t deliver the service and was told that he is on a pair gain service and the cable in the street is split between two houses.

“I previously knew this because when ADSL first become available widely in Australia I had to wait two years before I could get ADSL because of this, so I assumed that Telstra had removed the limitation and hence I got broadband internet.”

“I then questioned why Internode can provide the 8Mbps ADSL service on the pair gain system but not Telstra. I was informed that it is because Internode uses a service called VoIP on the line and that is how it gets the internet to work. I work as an IT network architect for large enterprises, so I have a pretty good knowledge of IT technology. As far as I am aware, VoIP stands for Voice over IP and works on top of an internet or WAN service. It does not create the internet service, so this seems like rubbish to me. I also don’t pay Internode for VoIP services because I use a standard home telephone service.”

Kevin is sceptical of getting anything sorted because the wholesale internet and phone service from Telstra to Internode means Telstra is making money on the service already and to change to Telstra it would get a little bit more money but would be required to do some work and improvements to their network.

“I am also really annoyed that Telstra even ran my street with a pair gain system. My house is only ten years old and the street I live on was a new semi-rural street with 15 acreage blocks. At the time of the development of the street the internet was clearly taking off and Telstra with its great foresight should have realised that everybody in the street would want ADSL internet (not dial-up) at some point. But this would have cost a little bit more money to pull through fifteen copper cables through the conduit and pits instead of pulling through 7 or 8. Obviously this isn’t going to be fixed until the NBN roles out – which my suburb isn’t even on the 3 year plan for at the moment.”

Telstra said that based on its initial investigation Kevin should be able to have Telstra ADSL connected directly to his house. “We want to review our advice to the customer to determine whether there has been a process or database glitch.”

Kevin was told that Telstra had finished confirming his address and found that ADSL is available at his house. Another order for the service has now been placed. “I am now waiting to get a confirmation of when the service will be changed over.” For Kevin, it will be sorted when he has a fully working service with Telstra.