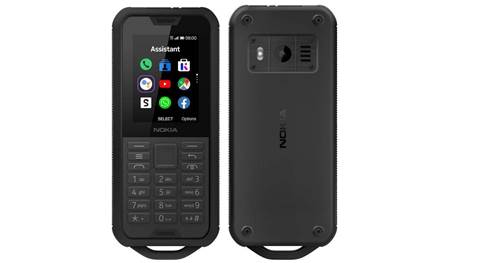 Yes, you can still buy Nokia phones, and the $199 Nokia 800 Tough might be their most interesting phone for some time.

If you’re looking for a phone that’s suited to tough working conditions and won’t cost the earth, then it might be worth looking at the Nokia 800 Tough.

Nokia claims up to 43 days of standby time on a single charge, so it’s a good choice if you travel a lot or work in the outdoors.

It’s also IP68 rated, meaning it should withstand up to 1.8 metre drops, dust, sand, submersion of to 1.5 metres and temperatures ranging from -20 to 55 degrees Celsius.

The phone also has big, rubberised buttons that Nokia says are designed for use while wearing gloves. It also has a 198 lumens flashlight.