The new Office 365 for business: It's coming on February 27 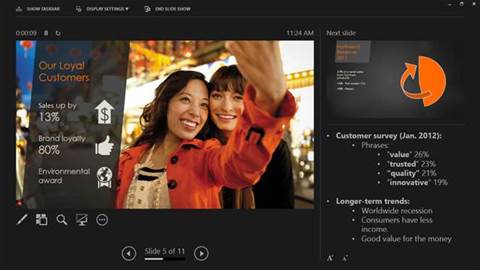 Confused? Read this article for a quick summary of which versions are and aren't on sale yet.

If you're reading the news that today Microsoft officially announced Office 365 is available, keep in mind it's only the home version on sale.

Confused? Let us summarise the different versions and which you can get now.

First, there are now two names for Office:

What has Microsoft announced today?
Today, Microsoft has announced the new Office 365 Home Premium. That's the yearly subscription version, officially for home use.

That's the only version of the new Office 365 on sale today, at the time of writing.

The new version of Office 365 will be available for small businesses on February 27, that's according to this statement by Microsoft.

Why wait for the new Office 365 for business?
New features include something called "Office on Demand" which lets you run Office and get to your documents anywhere, on computers where it's not installed.

For small businesses that want Office 365 for the other major feature -  the ability to have an email and calendar server for your company that someone else runs for you - then the decision to stick with Office 365 rather than go for Office 2013 is probably an easy one.

If you've started using a Windows 8 tablet at work, and you spend a lot of time using Office, then the new Office is definitely worth considering as work has been put into making it suitable for touchscreens.

If all you need is basic word processing and you're happy to rely on your existing email service, then perhaps Office 2013 is all you need.

Or, as a colleague here pointed out, you can go really basic and switch to Google Docs, which is free, though not perfect, as this comparison from last year shows.