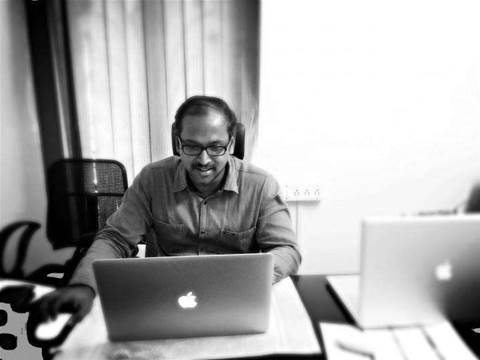 Signing up to an online freelance marketplace is not a shortcut to success, but a few can make serious money.

Regardless of the area of endeavour, freelancing is often seen as a risky and insecure way of earning a living – especially where project-based marketplaces are concerned. But DesignCrowd, a global marketplace for designers, has revealed that for the first time a freelancer has racked up $1 million in accumulated earnings via the platform.

UK-based Anand Thangavel (known as ‘PB’) recently reached that milestone after exclusively using DesignCrowd for five years. An average of $200,000 a year is not to be sneezed at.

“Working as a freelance designer is the best decision I’ve ever made,” said Thangavel. “I’m working with clients from all over the world, I have the freedom to do the work that I want and I’m able to earn a good living from my skills, while picking the hours I work at my computer.”

The top Australian earner is ‘Bluejet’, who has made over $80,000 since 2009. While you couldn't call that a salary replacement, it’s a useful contribution to a person's income.

“To see designers on DesignCrowd making hundreds of thousands of dollars and to see our first designer reach a million dollars in earnings is extremely rewarding,” said DesignCrowd CEO and founder Alec Lynch.

Only three or four designers have made at least $200,000 through DesignCrowd, and what Lynch didn’t mention was the long tail of designers who have put in a lot of time, effort and creativity for little or no reward. More than 6400 designers have made between $0 and $3200 despite entering at least 50 contests.

Nobody’s saying that every designer deserves a share of the work available via DesignCrowd. The whole point is that it’s competitive, and that people commissioning projects can pick and choose among proposed designs.

But what tends to happen in such marketplaces is that it can be difficult to break in as a newcomer because metrics such as positive feedback percentage are used as screening mechanisms. For example, we've heard would-be Airbnb users complain they were unable to make bookings because the landlords of their chosen properties reject all guests without favourable reviews. It’s a bit like applying for an entry-level job and being rejected because you don't have any experience.

Signing up with online freelance marketplaces is not a shortcut for success. If you have already established a business, they can be a way of finding top-up work during quiet spells – but you have to be prepared to put in upfront effort into projects in the full knowledge that your design may not be selected.

Or if you’re just starting out, marketplaces provide practice in working to real-life briefs, and – once you have a few wins under your belt – expand your portfolio of work for paying clients. It’s also a way of dipping a toe into the market as a sideline and without revealing your identity as you would if dealing directly with clients.

Either way, building and maintaining a successful freelance business involves hard work and a willingness to deliver whatever it is that your clients need.