The mighty NBN continues to spread 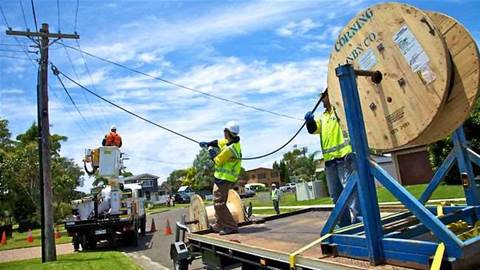 The latest NBN construction update shows work to connect more than three million homes and businesses will be planned or underway by the end of 2015.

The latest areas - encompassing more than 200,000 premises - to be added to the plan are Buderim and Springfield (Queensland); Port Macquarie, Ryde, North Sydney and North Manly (NSW); Portsea and Beaconsfield (Victoria); and Margaret River and Kalgoorlie (WA).

That brings the planned footprint to 3.3 million premises.

NBN COO Greg Adcock said the expansion reflects the adoption of the multi-technology approach, although the plan still doesn't include the HFC (cable) or long term satellite services.

We are likely to see a surge in the number of forthcoming connections once the company adds HFC to its construction plan. The cable networks being acquired from Telstra and Optus are already in place, but there are reportedly plans to upgrade and slightly extend their footprints as they are rolled into the NBN, with a trial rollout scheduled to start in the near future. More than three million premises are covered by the existing HFC networks.

"Our recently renegotiated construction contracts give us the confidence to schedule more than double that amount to start construction over the next 18 months," he added.

The goal is still to connect eight million premises by 2020.