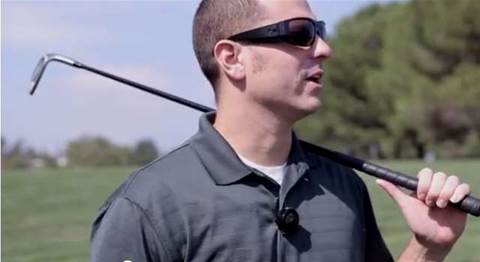 Too embarrassed to wear a Bluetooth headset? Here's an idea for a Bluetooth device that you don't have to strap to your ear or head.

Here's an idea: a Bluetooth device that you don't have to wear on your ear. It's called the CommBadge: a compact little speakerphone that can be clipped to your clothing or worn on a lanyard.

You can almost guarantee that some buyers will clip on their new CommBadge, give it a tap, and then utter the immortal words "Beam me up, Scotty."
Newsletter Signup

I have read and accept the privacy policy and terms and conditions and by submitting my email address I agree to receive the Business IT newsletter and receive special offers on behalf of Business IT, nextmedia and its valued partners. We will not share your details with third parties.
Bluetooth headsets are a great idea - they let you talk on the phone without having to fish it out of a pocket or bag every time.
The downside? Some might argue they look a bit dorky, espeically if you're not sitting at desk or behind a steering wheel.
The CommBadge doesn't actually exist as a product - the mnakers are currently looking to raise US$100,000 to get it into production, but they reckon the first batch could go on sale in mid-February 2013.
We can only see one problem with this idea. It's a speakerphone, so those around you are subjected to both sides of the conversation (although some might say this is actually less annoying than only hearing one party).
It would probably be sensible to warn people that you're using a speakerphone when anyone else is around.
Apps will be provided for iPhone and Android, and the CommBadge will support making and answering calls, interacting with Siri or other voice command software such as Google Now, warning that the phone has been left behind, and alerting to incoming calls, texts and social media alerts.
Battery life can be an issue with gadgets like this, but the creators of the CommBadge claim it will last about a full day on a single charge with average use.
The price is expected to be US$95 for the basic model, plus another US$5 or so if you want a built-in ID badge holder.
Those donating US$75 money towards the development of the CommBadge get one, but international shipping will be an extra US$15.
Be aware that contributing to a project on sites like Indiegogo or other crowdfunding sites is not the same as making a purchase. If you're risk averse, wait until the product goes on sale.
Copyright © BIT (Business IT). All rights reserved.
Tags:
bluetooth commbadge hardware headset
By Daniel James
Nov 22 2012
2:46PM