The latest NBN plan: what you need to know 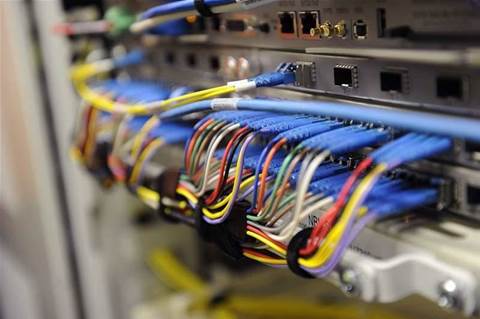 Ultra-high-speed (1Gbps) broadband is back on the agenda, and the network roll-out is on schedule, according to NBN Co.

The latest iteration of NBN Co's corporate plan still predicts the network will be completely built by 2020, with 8 million active users.

NBN Co says 2.9 million premises are now ready for service, with 1.1 million active users. Nearly two thirds of all Australian premises are either in design, construction or able to order an NBN service, according to the company.

Interestingly, NBN Co has started talking about 1Gbps services again. The company had announced a 1Gbps tier, but it was taken off the table following the 2013 federal election and the incoming government's decision to adopt the multi-technology solution in place of an all-fibre network for metropolitan and most regional centres.

The projection is now that all premises will be able to get at least 25Mbps (roughly equivalent to a very good ADSL2+ connection), with at least 50Mbps to 86 percent of premises, 100Mbps to 68 percent, 500Mbps to 45 percent, and 1Gbps to 40 percent. These are 'wholesale speeds' and will be affected by a variety of factors including the capacity any particular ISP chooses to make the services available to its customers.

NBN Co's latest plan shows a significant reduction in the use of HFC technology (the hybrid fibre-coaxial lines used by the Telstra and Optus cable networks). Last year, the forecast was that 4 million premises would be connected by HFC, but that has dropped to somewhere between 2.5 and 3.2 million. No explanation was given, but there have been reports that some parts of those networks are in poor condition, so NBN Co may have decided that in those cases it will be cheaper to roll out other technology rather than remediating HFC.

The difference is to be taken up by greater use of fibre-to-the-node (FTTN), fibre-to-the-building (FTTB – effectively FTTN for apartment buildings and the like), and fibre-to-the-distribution point (FTTdp).

FTTdp is basically a way of providing higher speeds in lower density areas. Each FTTN cabinet serves up to 384 premises, and the copper runs are short enough in urban areas to allow reasonable speeds: "up to 50Mbps to around 90 per cent of end-user premises served by the Cabinet – with the majority of end-users on a Cabinet typically able to get speeds up to 100Mbps," according to NBN Co. But in outer suburban and semi-rural areas, the copper runs would be too long to give satisfactory speeds.

That's where FTTdp fits in. Think of it as 'fibre almost to the premises'. A distribution point unit is installed close to the boundary of the premises, connecting the fibre to the existing copper phone line, providing a balance between installation cost and performance.

"We have bold targets to deliver one of the most complex construction projects in our country’s history to ensure no Australian is left behind. We are on track to make fast broadband available to everyone in 2020," said NBN Co CEO Bill Morrow.

"We are fully flexible in our approach to the NBN network, so we can ensure we deliver broadband access to everyone as soon as possible and at least possible cost," he added.