The Laser WiFi shAIR: a wireless network in your pocket 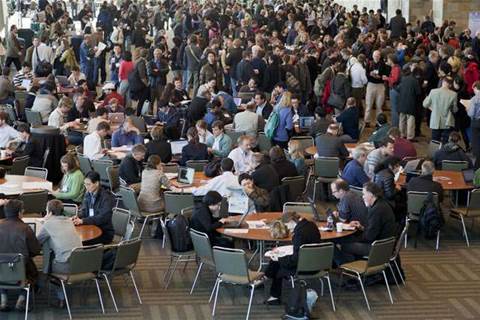 Here's a challenge. You're at a conference or work event and you need to easily share files between users with computers, tablets and smartphones. How do you do it?

Laser's WiFi shAIR creates a small wireless network, for up to eight devices, that makes it possible to share SD cards and USB storage.

Unlike portable hotspots like Telstra'sMobile Wi-Fi 4G, the Laser WiFi shAIR still needs to plugin to an ethernet cable to work. If you can do that though, you'll then be able to share the connection wirelessly over a 20 metre range. It supports Windows, Macs, iOS devices like iPhones and iPads, and Android devices. 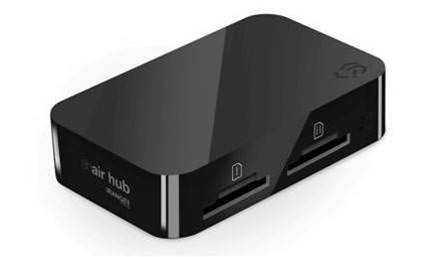 The Laser WiFi shAIR: like a portable hotspot, but with SD/USB connections
Newsletter Signup

I have read and accept the privacy policy and terms and conditions and by submitting my email address I agree to receive the Business IT newsletter and receive special offers on behalf of Business IT, nextmedia and its valued partners. We will not share your details with third parties.
We've used portable hotspot devices, like the Apple Airport Express, to take a wired Internet connection in a hotel room and create a wireless network. The Laser WiFi shAIR does that but adds the ability to share files that are connected to the device by the two SD card slots - these are the memory cards that are common in cameras - and a USB port that can handle up to USB drives with up to 64GB.
The device has a battery so once it's charged up it can provide up to four hours of connectivity between trips to the power outlet.
We haven't road-tested the Laser WiFi shAIR yet, but for $169 it looks like a potentially handy device for travellers and small teams that need to connect and share on the road.
[Main article image: marekuliasz / Shutterstock.com]
Copyright © BIT (Business IT). All rights reserved.
Tags:
conference hardware laser sd sd card shair share files usb wifi wireless
By Anthony Caruana
Jul 12 2012
12:58PM