The iPhone 6s two-hour battery life lottery – it could be you! 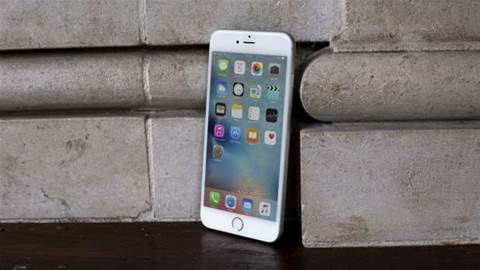 The iPhone 6s is one of the best smartphones we've seen, but it hides a dark secret. A dark, annoying, aggravating, hair-tearing, unfair secret.

Apple has used two versions of the A9 chip – one manufactured by Samsung, and the other by TSMC – but reports are now suggesting they behave very differently. They may have near-identical power and performance, but, in certain tests, the TSMC A9 offers around two hours more battery life than the Samsung chip.

This certainly isn't the first time Apple has sourced components from two different manufacturers, but it's the first time there's been such a noticeable difference in battery performance.

The differences between the chips

While it's important to remember there are variables at work, testing by Engadget and users on Reddit and other forums indicates a big difference between the chips. In Geekbench 3 tests, the TSMC A9 produced a runtime of 7hrs 50mins and a score of 4,703, while the Samsung-chipped version lasted for a lowly 6hrs 5mins of running, and only scored 3,653. Whichever way you look at it, that's a big difference, and one that could change your purchasing decision.

How do you find out which A9 chip you have?

If you'd like the play the A9 chip lottery and work out which chip your phone uses, you'll need to download an app like Lirum Device Info Lite. As well as displaying all the usual model information, it'll also indicate if you have a Samsung or TSMC A9 chip.

The code names for each are as follows.

So why is this happening?

Some benchmarks have shown the Samsung A9 has another disadvantage: it runs a few degrees hotter. While this isn't good for your hand, it also suggests the Samsung A9 could be less efficient. Furthermore, John Poole of Primate Labs, the makers of Geekbench, told Macrumours that, while TSMC's 16-nanometer process could sip slightly more gently at the battery than Samsung's 14-nanometer process, it did not account for the big difference in battery life.

However, there is one important thing to remember. While benchmarks often try to emulate real-world usage, they may not account for features that help extract the longest battery life possible. Apple designs both its software and hardware, and it's possible that, in real-world usage, this software could nullify most of the difference.

With such a discrepancy, Apple may have just entered a grey area in retail law. What would stop customers trading in their Samsung-equipped iPhone 6s for a TSMC one, just because of the benchmark figures? Worse still, what's to stop prospective iPhone 6s buyers checking the chip of their phones before purchasing?