The Internet of Things: The questions that need to be answered 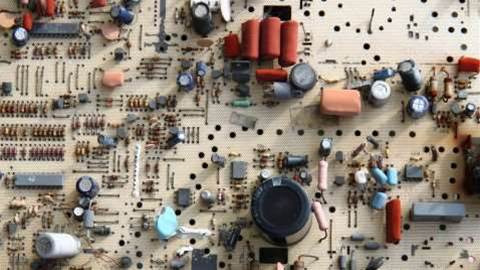 The Internet of Things raises many questions, some of them more worrying than others. We ask the experts about the future of IoT

The Internet of Things (IoT) is either the future tech spine of modern society or an overhyped, insecure dystopian nightmare.

The reality is likely somewhere between the two, but digging down into the subject means considering a few key questions. What will it mean for data protection? How will we pay for it? And does anyone actually want a smart fridge?

All of this and more was debated by tech luminaries from ARM, BT, IBM and more at the HyperCat Summit in Westminster in the UK. Here's what they had to say on the questions facing the IoT – even if they didn't have all the answers.

Will the IoT lead to a dystopian world where we're surveilled in our own homes? 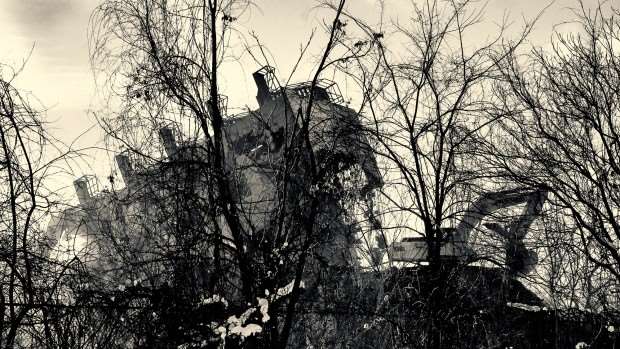 The technology would certainly allow for it, but it's increasingly clear that people aren't all that keen on spying appliances. Symantec CTO Darren Thomson told attendees that research conducted this year by his firm suggests that, for the first time, people attach more importance to privacy than quality of service. He said they have started lying to free websites and apps to get access without handing over data.

The IoT won't work if people don't trust companies, which is why consumers must have control of their own data, added ARM's vice-president of public affairs, Stephen Pattison. “This whole experiment will fail if we don't get that right,” he said.

This is important, because the data each of us considers sensitive can be different. Lord Erroll, the chairman of HyperCat, pointed out that while most people don't include their home address in this category, it's a matter of life or death to someone escaping an abusive relationship. And, as with any tech, we have to assume the IoT can't be perfectly secured.

Pattison suggested the debate should move from 'What data is being collected?' to 'How is that data used?', while BT's chief researcher, John Davies, highlighted startups that manage your data for you, giving companies permission to use it when they're providing services, but making sure it's only used how you wish.

How will we pay for the IoT? 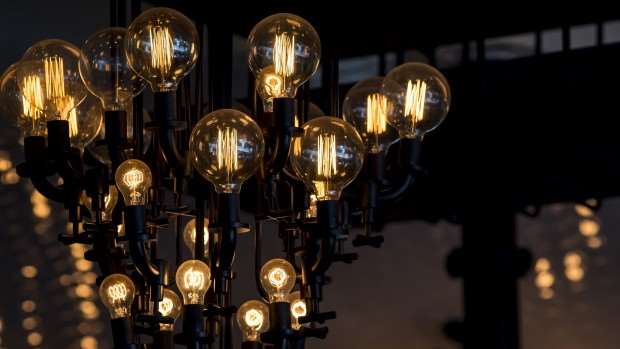 We could pay for connected smart systems outright, but a smart lightbulb starter pack costs £149 right now, so the cost of kitting out your whole home could be prohibitive.

ARM's Pattison suggested smart home systems in particular could work like mobile contracts: sign up for a one- or two-year subscription and get the hardware for no upfront cost. This makes sense for whole-home systems that include everything from your television to your security, he said.

Alternatively, services and apps could be provided for free, with the hardware available at a discount, if we allow our data to be monetised. At present, Google does something similar to keep down the cost of Android handsets. For many of us, a smart coffee maker won't seem more invasive than the smartphone we happily carry with us everywhere.

However, with the fear of surveillance riding high, IoT companies would be wise to encourage trust by giving consumers control over their data, Pattison said. He also posited the idea of offering discounts to those more willing to share their information. “This can be a way in which individuals can realise the benefit of their data,” Pattison said.

How do we ensure interoperability and beat silos? 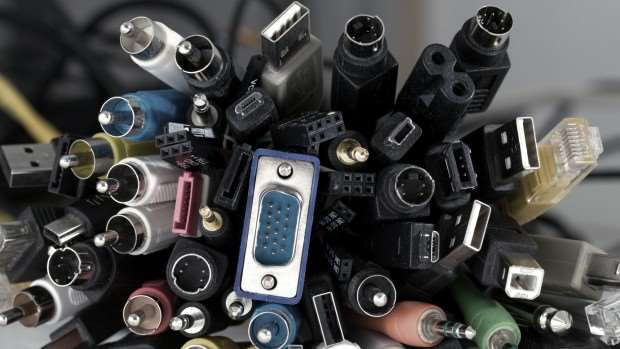 Welcome to IT buzzword bingo. Don't worry, we're not going to run through the million IoT standards that have cropped up. As distinguished IBM engineer Andy Stanford-Clark put it, IoT standards are like toothbrushes – “everybody knows they need one, and nobody wants to use anybody else's”.

Instead, the experts stressed that the IoT will fail unless devices can work with hardware and services from multiple providers. “We have a lot of smart work going on, [but it's] a lot of smart work in silos,” said Lord Erroll. This is especially problematic for smart cities, where water, energy, lighting and so on have separate budgets, but the IoT systems might cover them all. “It's in bits, it's not all connected… I think the real benefits [will come] when we start doing things across these areas.”

Pilgrim Beart, the founder of AlertMe and 1248, said there are two ways of doing standards: “the top-down way”, much like that seen in the telecoms world, where large companies tell others in great detail how to work; and “the internet way”, which is more bottom-up. “A few years ago, the Internet of Things standards were the former sort,” he said. “Of course, the problem is that none of these standards work with each other,” he said.

In a nutshell, this is the problem that HyperCat is trying to address by acting as a layer between devices and services, letting them talk and share data automatically. Regardless of the solution, it's a problem that needs to be solved before the IoT can truly take off – and this will require the normally fractious tech industry to work together. “The greatest benefits come from collaboration,” said Lord Errol, “not from just trying to grab it for yourself. You end up better if you've got everyone involved.”

How do we code morals into smart devices? 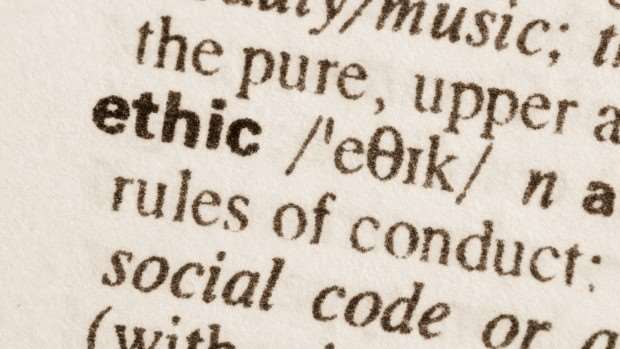 The whole point of embedding “smarts” into a device is to automate basic decisions. A smart sprinkler, for example, tests the soil in your garden, checks the weather report and decides whether to start spraying – you don't have to worry about whether or not it has been unusually dry lately.

But handing decisions over to devices and systems means we need to factor in human judgment. This is especially clear with self-driving or semi-automated cars. “How do you write the code to decide who the car kills when [the situation on the road means] someone has to be killed?” asked Lord Erroll. “It's a very difficult decision, and who takes responsibility for it?”

Taking this example further, Lord Erroll asked what would happen if the only way to avoid running over a child was to swerve into a bus stop. Future advances in the IoT might allow cars to calculate and factor in the number of people at the bus stop, but what if these people could be identified? Should we consider who they are? “Is this a moral judgment we should be taking?” asked Lord Erroll.

This also highlights another problem: who should make such decisions? The job of coding morals into a self-driving car must surely be kept out of the hands of someone who regards, say, disabled people as less worthy to society than others.

Does anyone want a smart fridge – and what will we actually use the IoT for? 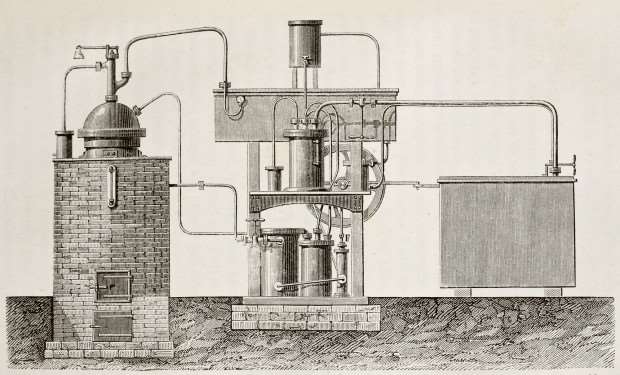 ARM's Pattison said it's time to talk about real use cases – not silly ones or one-off anecdotes. “If everyone in this room today agreed that from today on they would never again mention the self-filling fridge, it would be a huge step forward in changing the character of the debate on the Internet of Things world,” he said.

Of course, there are uses for a smart fridge: imagine if it warned you when your vegetables were about to go off, so you could use them up in time, or if you could query its contents while at the supermarket, so you could make sure you don't buy milk when there's plenty at home.

But let's obey Pattison's request and consider how the IoT will actually be used. The experts agreed that it's impossible to really say – it's such a massive shift that anything could happen – but Pattison was keen to emphasise the improvements it could herald in transport.

“If you look at smart transport, most city councils are concerned with integrating transport systems,” he said, meaning that the government wants to encourage people to use buses and trains. “In order to do that, you need a system with sensors that tell you what the traffic is like, and connectivity that enables you to give that information to people who are sitting in their cars or are about to leave their homes in real time.” The key is explaining real consequences: it's going to take you half an hour extra to do that journey by car today, so maybe you should take the train.

Other IoT successes could be much more simple. IBM's Stanford-Clark described a case study where sensors were installed in fridges to track their energy use. It revealed that older models were always running at full tilt, wasting expensive energy. Replacing or fixing them saved an average of £175 a year.

That's the key, said Stanford-Clark, to coming up with IoT ideas that people will actually use. “Processing data to provide actionable insights is what it's all about,” he said. “It's not the things that matter – it's processing the data.” Just like a fridge, it's what's inside, and how you use it, that counts.

I have read and accept the privacy policy and terms and conditions and by submitting my email address I agree to receive the Business IT newsletter and receive special offers on behalf of Business IT, nextmedia and its valued partners. We will not share your details with third parties.
Copyright © Alphr, Dennis Publishing
Tags:
andy stanfordclark iot lord errol lord erroll stephen pattison
By a Staff Writer
Jul 17 2015
2:32PM