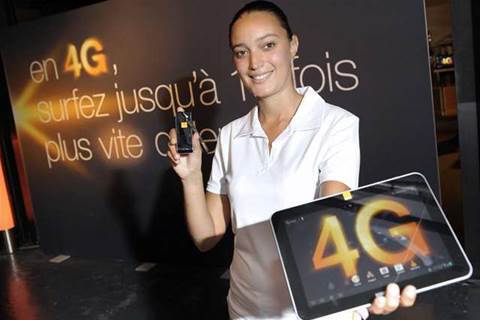 Good news if you're a small business considering Optus' new 4G service in Sydney and Perth - you won't be competing for valuable bandwidth with consumers.

Optus said at a media event this week that they have upgraded over 1,000 3G mobile sites so that their customers can have faster 3G performance - for mobile data - with indoor coverage given a boost. The aim is to continue boosting 3G coverage and performance while transitioning to 4G.
Based on the demonstrations conducted by Optus, their new 4G service delivers performance that matches or exceeds ADSL2 services. The demonstration showed peak speeds of over 200Mbps and consistent performance of between 25Mbps and 87Mbps.
Newsletter Signup

I have read and accept the privacy policy and terms and conditions and by submitting my email address I agree to receive the Business IT newsletter and receive special offers on behalf of Business IT, nextmedia and its valued partners. We will not share your details with third parties.
Optus has expanded the availability of 4G services utilising its 4G FDD-LTE network. From this week small business, enterprise and government customers in Sydney and Perth will have access to Optus 4G USB mobile broadband and mobile Wi-Fi hotspots.
This is good news for small businesses as you won't be competing for valuable bandwidth with consumer customers. It's a smart move although we'd expect the faster services to eventually be offered to all of Optus' customers. But initially, while the service is new and still being built, the upgraded infrastructure is being delivered to those that need it rather than those who want it.
Copyright © BIT (Business IT). All rights reserved.
Tags:
3g 4g business launch network optus rollout services wireless
By Anthony Caruana
Aug 1 2012
10:59AM