The future according to Google: AI and VR 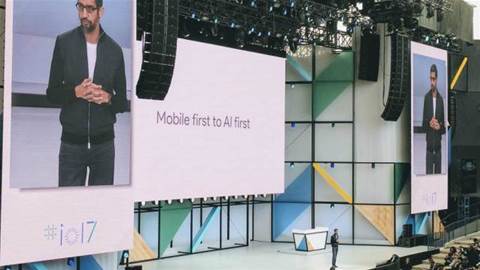 Google I/O is the tech giant’s major annual conference for developers, but it’s also the place where Google announces some of its big plans for future. And this year’s I/O didn’t disappoint, with some significant releases and initiatives unveiled – mostly related to advanced technologies such as artificial intelligence (AI), machine learning, virtual reality (VR) and augmented reality (AR).

If you’re an iPhone user that’s fallen out with Siri, the good news is that you’re now free to have an affair with Google Assistant without having to ditch iOS completely. Starting from now, Google Assistant is now available to download on iPhone. 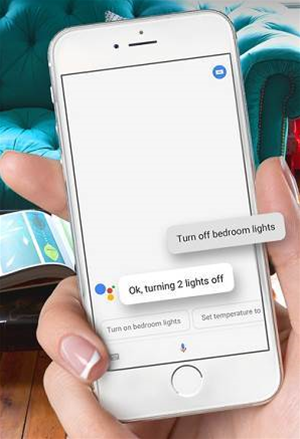 The move was announced by Google’s Scott Huffman, who also revealed that Google’s AI assistant is learning a whole bunch of new languages. French, German, Brazilian, Portuguese, Japanese are coming very soon, with Italian, Spanish, and Korean to follow by the end of the year.

Starting today, we're bringing the #GoogleAssistant to iPhones. Whether at home or on the go, your Assistant is here to help. #io17 pic.twitter.com/a6T20HwnU9

One more trick up Google Assistant’s virtual sleeve: transactions. You can now order stuff purely through the power of your voice, with contextual questions and answers. Neat, but creepy. But mostly neat. Here’s how that looked in practice:

Also announced was the fact that Google is working on a virtual reality headset that won’t use your phone, games console or PC. It will have everything it needs to function built right into the headset. That’s potentially a game changer.

The standalone VR headset is being created in partnership with Qualcomm. Together, the companies have created two reference sets, which will allow manufacturers to make their own models based on the technology. First up will be Lenovo and HTC – with Google keen to highlight the latter’s experience with the Vive.

The lack of external device powering the headsets is important for two reasons: the first is it means that latency should be non-existent. The second is that there will be no wires to trip you up. But while Daydream and Samsung’s Gear VR offers both of these right now, Google has another trick up its sleeve: WorldSense.

WorldSense, Google says, is technology that provides positional tracking straight from the headset, meaning it can match your movements in the real world into a virtual one, without the need for any external equipment. That sounds impressive on paper – we’ll just have to see how well it works when the first headsets get released later this year.

That doesn’t mean that Google is giving up on Daydream for phones though. In fact, before announcing the standalone version, the company revealed that Daydream support would be coming to the Samsung Galaxy S8 and S8 Plus very soon. That’s good, and all, but a slightly odd choice given Samsung’s continual push for the Gear VR.

When we reviewed the Samsung Galaxy S8, the Bixby functionality was somewhat half-baked, but the potential was clearly there. In theory, it could recognise anything from your photos and extract data from them, giving you shop links or simply tell you what you’re pointing your camera at.

With Google Lens, your smartphone camera won’t just see what you see, but will also understand what you see to help you take action. #io17 pic.twitter.com/viOmWFjqk1

Google Lens does this, but it actually works – or it seemed to in Google’s demos, anyway. The AR assistant could recognise buildings, add dates and times of concerts to your calendar and even read the Wi-Fi password off your router to connect you without the fuss. Neat.

That wasn’t the only place where Google was flexing its machine learning muscles. And because humans are so maddeningly predictable, this means Google thinks its devices now know what you want well enough to take some liberties. Smart Reply on Gmail, for example, will understand the context of an email and give you a bunch of canned responses based on the type of question.

Google’s main machine learning playground is Google Photos, which can track down specific photos of objects, people and places from your gallery with just a single keyword. But Google is now so confident that it can recognise what makes a good photo, that it’s in the business of selling personalised photo books, which it will sell for US$10-$20.

In other words, AI can take the human touch out of that thoughtful, personalised gift. Hmmmm.

Android is getting more refinements

When we first started using Android N (Nougat), we thought it was so sophisticated that there wasn’t much left to add. That’s still true, but as it turns out, there are some nice refinements that are coming to the next version, Android O. Most exciting is the picture-in-picture support, meaning that you could be watching a YouTube video, and then press the home button and find it reducing in size, allowing you to open up (say) a text editing app, and make notes. Handy.

#AndroidO will bring more fluid experiences to mobile screens, along with improved "vitals" like battery life and security. #io17 pic.twitter.com/GdhPChWpAr

That also means, for example, you can live-tweet Question Time if that’s what you’re into.

There are seven billion people on the planet, and there are two billion monthly active users on Android. Even allowing for people with multiple devices, that’s a pretty impressive achievement. Still, Google isn’t sitting on its laurels, and it’s pretty clear where it sees the low hanging fruit for further expansion – the developing world.

To that end, the company announced Android Go. It’s a lightweight version of Android designed for cheaper phones, and it will be automatically used on devices with less than 1GB RAM when Android O is released. 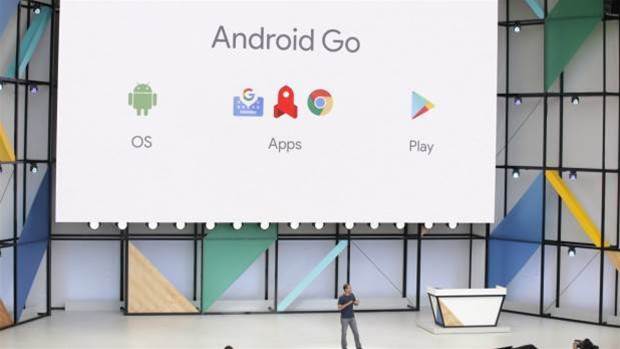 As well as just running that bit better on slower devices, Android Go will come with its own version of the Google Play store which will highlight apps that are equally optimised: in other words, they should be under 10MB in size, work well when not connected to the net and support slower devices.