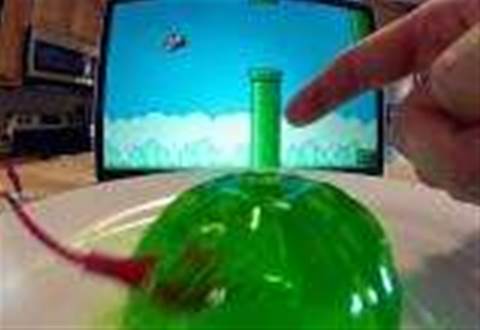 From talking desks to ghost hunting apps, we look at five of the weirdest Kickstarter campaigns

Kickstarter is a strange place. For every Zano drone and Oculus Rift there are pages of rough sketches, crackpot ideas and dreams that never should have been dreamt in the first place.

With that in mind, let's celebrate some of the weirder Kickstarter pitches out there. Some are great ideas. Some are terrible ideas. All of them are a little odd.

“Ask yourself, have you ever really loved your desk?” an American voice asks in the trailer. “I mean really...”

So begins the love affair of our time.

The two dancers in this tango? Richard – an office worker with eyes that betray deep pools of inner pain. And Taylor – a desk. Richard wants to stand up and sit down. Taylor wants to break through the limitations that come with being a piece of office furniture.

“Talk to Taylor as you would a person,” insists the voiceover; something Richard takes to heart as words rise in his throat like the height-adjustable legs of a desk. He talks about his past, keeping his true feelings under an emotional barrier much like the surface of a desk.

“Can you lower the lights,” Richard whispers, afraid of his own feelings.

“Of course,” Taylor replies, using her integrated connectivity to interact with the LIFX device… 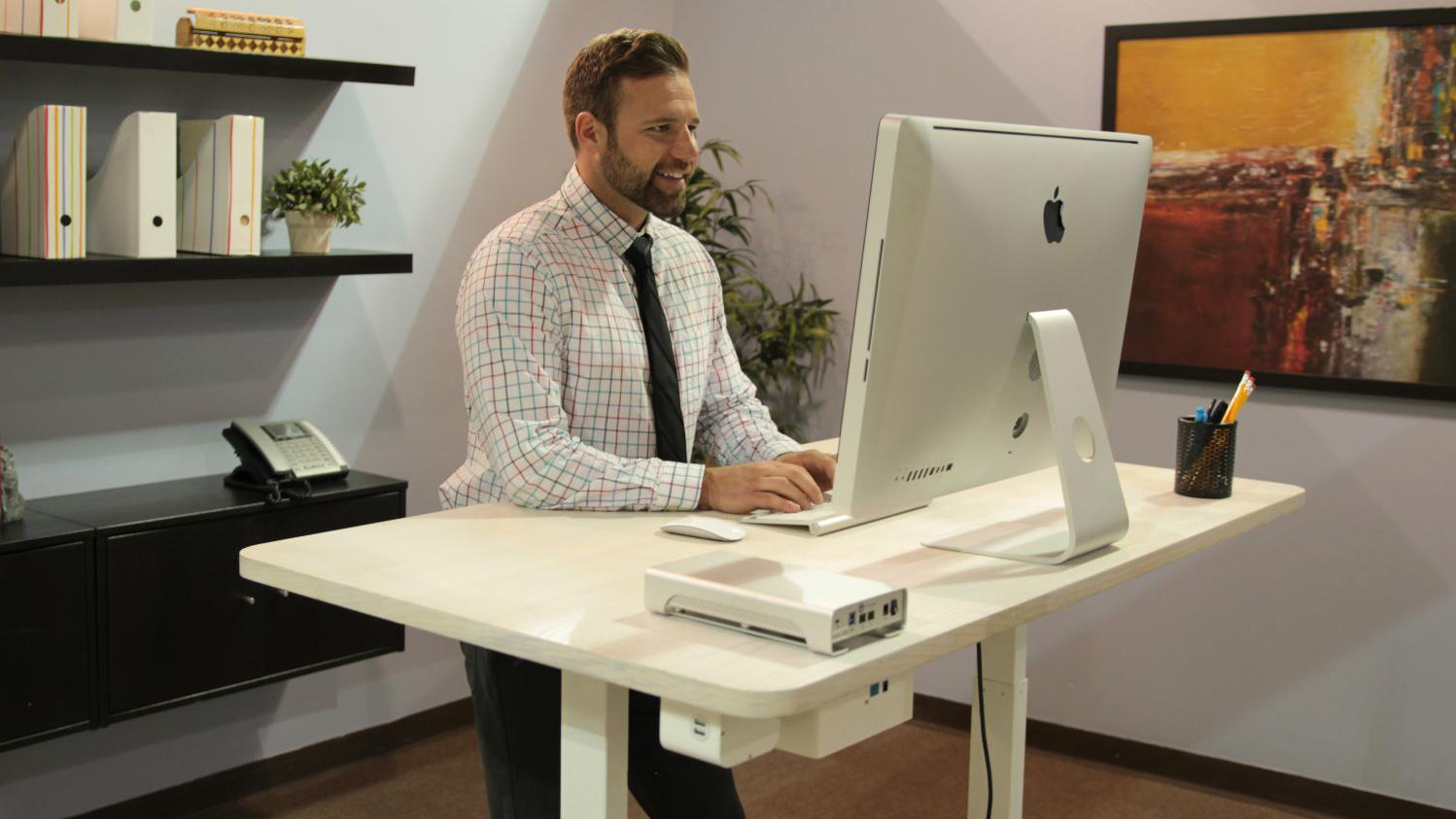 The Autonomous Desk is, according to the Kickstarter page, “a new personal assistant that helps you be more productive at work.” The desk automatically adjusts to suit your standing and sitting height, features a voice-controlled virtual assistant that helps to arrange meetings, and can connect to external devices to change room temperature, lights and lock doors.

The above video shows all of this off, as well as neatly demonstrating the possibility for sexual tension to exist between a man and the thing-that-holds-up-his-computer.

Depending on your outlook the Autonomous Desk is either a highly useful bunch of features or a needless fetishisation of what is, essentially, four legs and a plank of wood.

Ever wanted to use a donut as a games controller? How about play the piano with a bunch of bananas? From the creators of the successful Makey Makey comes the Makey Makey GO, a simple bit of kit that lets you turn pretty much anything into a touchpad.

This one actually looks fun and educational. All you need to do is connect the Makey Makey GO to your computer's USB port, attach the alligator clip to an object able to conduct electricity, and then experiment with different setups.

Any app that uses a mouse or keyboard as an input will work, meaning you could theoretically set up a sensor to trigger photos on Photobooth, use an apple to bang the drums or play a single-button game such as Flappy Bird with a slice of bread. 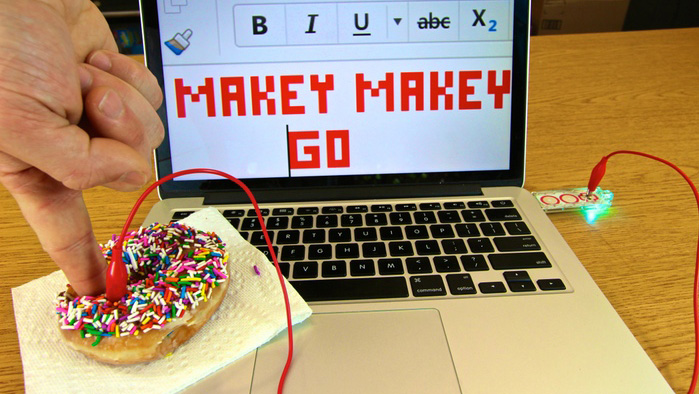 “Makey Makey GO turns the world into a giant construction kit,” the creator says. “Because world-changing ideas don't always happen in a lab or at school. Sometimes they happen in the shower, on the playground, flying a kite, or sitting under an apple tree.”

You're unlikely to start editing pictures on Photoshop with a carrot, but the Makey Makey GO seems like an engaging way to get kids interested in technology. The simplicity of the kit offers heaps of flexibility and introduces a tangible way of thinking about connectivity. 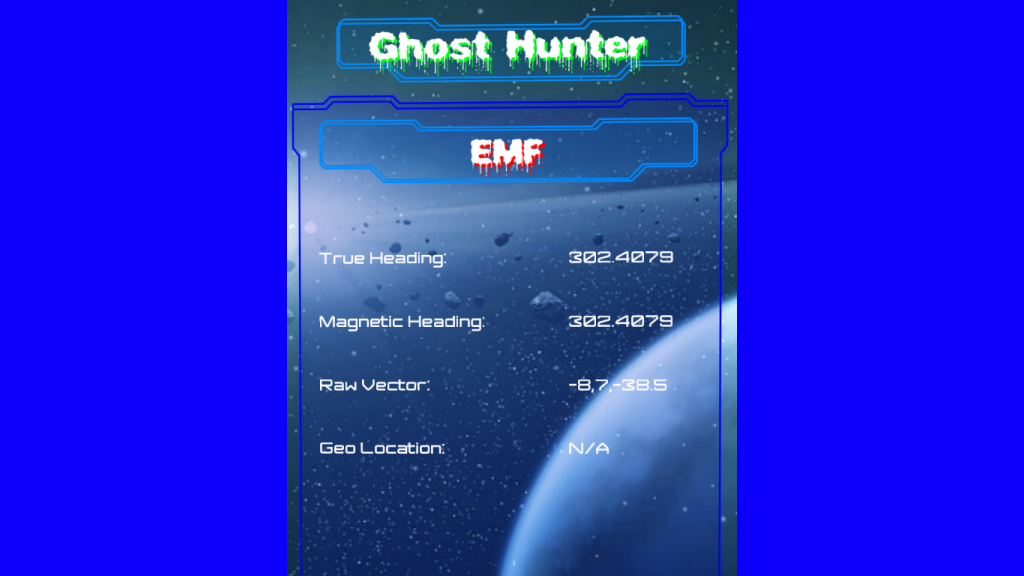 This, as the name suggests, is an app for hunting ghosts. Yep. Not much to say on this one.

According to the Kickstarter pitch, the app will “let you use the inherent pieces of your smartphone to discover the hidden forces around you.”

The pitch says that the compass on a smartphone can be modified into an Electromagnetic Field (EMF) reader – a mainstay of any self-respecting ghost hunters' arsenal.

The developer behind the app, mobile software engineer Chad Lickey, plans to pair “EMF detection with algorithms to help identify patterns in the readings from the phone.”

Lickey admits “figuring out the correct algorithm could be tricky.”

The Infinity House VR Retreat is billed on Kickstarter as a virtual space where you can escape the stress of everyday life. “A place where you can forget about your problems, improve your health and wellbeing, and come out feeling refreshed, renewed and ready for whatever challenges may come your way.” 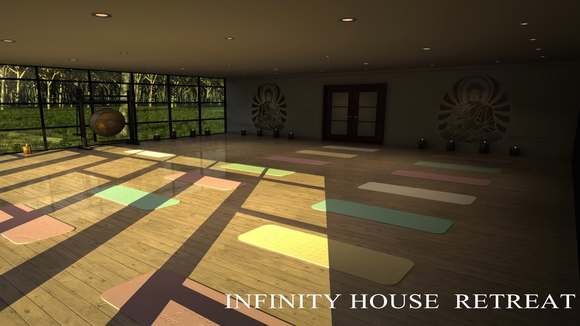 There's a definite Black Mirror vibe to the sound of retreating to a “calming, stress-free and aesthetically beautiful” virtual space to escape the bombardment of daily horrors in your newsfeed. That said, it could actually be a good idea – it points to a use for VR headsets beyond the guns-and-explosions band of immersion that tends to be touted for the tech.

“We wanted to create a space that helps people to unwind, replenish and thrive after their tiring and pressure-filled days – and that's why they created Infinity House Retreat,” write the creators. “Unlike other retreats that you have to travel far to get to, book in advance, are costly and you can only visit for up to a week, Infinity House Retreat is open to members 24 hours a day, 7 days a week and 365 days a year.”

The Infinity House VR Retreat could open up virtual reality to a wider new audience, or it could end up being the most boring video game ever made. 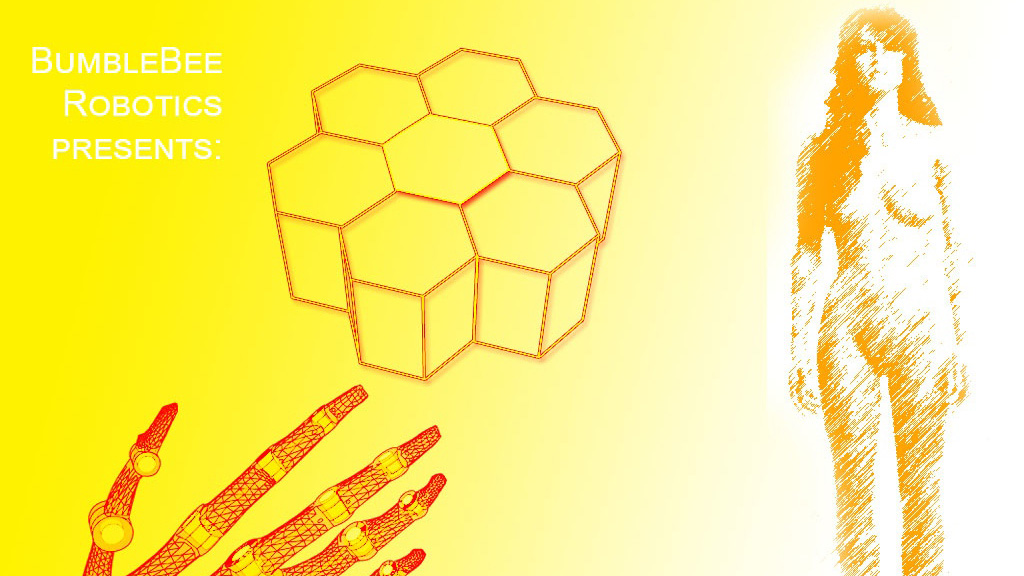 Unlike the other projects on the list, this one is actually from last year (and ended up getting cancelled) – but it's worth mentioning in terms of ambition...

With a goal of $32,000, creator Rémy Bourdon wanted to create an affordable humanoid robot, “something that will push humankind into the future”.

“The dream is to one day have robots that look and feel organic. However, for this project, Marie will have similar strength to an average human, skin, hair and human features and expressions,” wrote Bourdon. “Pressure, temperature, stretch sensors and more will garnish the robot from head to toes. She will have stereoscopic vision, a voice, microphones, so it can see, hear and talk. Powered by lithium batteries, she will be able to travel outside. Instrumentation will be plentiful and precise, giving Marie the ability to assess her surroundings.”

Bourdon gave himself five months to go from 3D models to beginning production on the first batch of robots, along with picture of a mannequin to give a rough idea of what backers could expect it to look like. 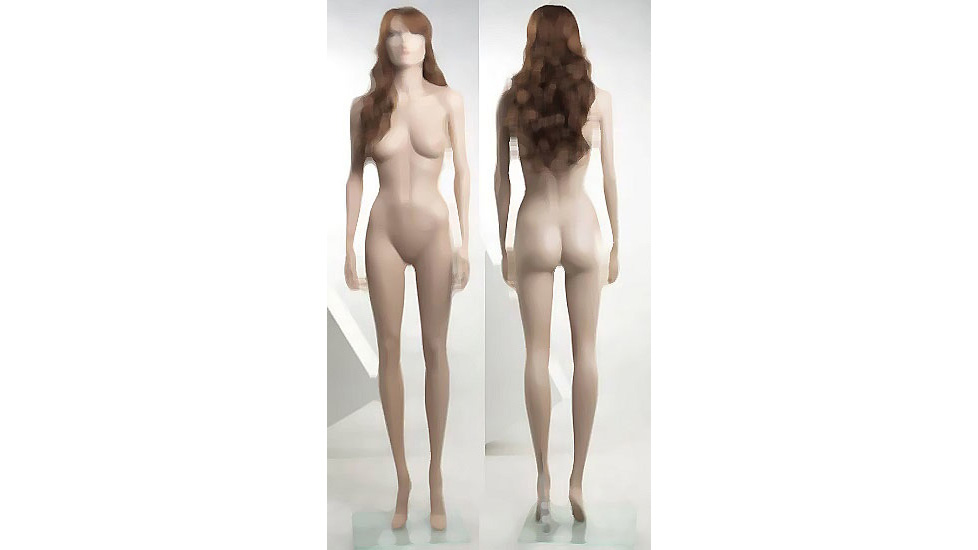 “Don't leave Marie unsupervised with children,” warns Bourdon. “Her strength isn't enough to seriously hurt an adult but her weight is sufficient enough to hurt a small child.”

The project was cancelled with $58 pledged.