The end is finally here for Windows Vista 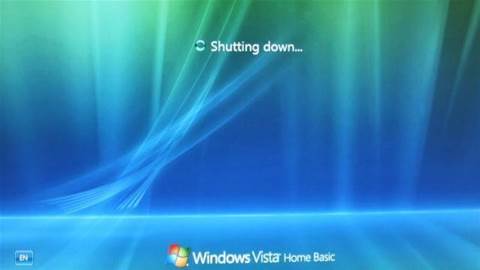 If you're still using Vista, you should consider upgrading, because Microsoft is ending support of the much-criticised operating system.

Windows Vista is finally going to the great recycle bin in the sky. Although in all likelihood you abandoned Microsoft’s Windows Vista at the first possible opportunity, it has still been receiving extended support from Microsoft. That support is finally coming to an end just over a decade after it went on sale, so you should consider upgrading to Windows 10.

The Microsoft website has a date for when Windows Vista will head to the great recycle bin in the sky: 11 April 2017. Well, technically you can still use it – it just won’t get any more security updates or have any free or paid support options. You’re on your own, basically.

“Microsoft has provided support for Windows Vista for the past ten years,” the company wrote in a statement, “but the time has come for us, along with our hardware and software partners, to invest our resources towards more recent technologies so that we can continue to deliver great new experiences.”

Not surprisingly for an operating system that’s celebrating its tenth birthday, Microsoft points out that any PC running it might not actually be powerful enough for Windows 10. For those people running Vista who don’t have the juice for Windows 10, the company suggests it might be time to buy a new PC.

“They're more powerful, lightweight, and stylish than ever before – and with an average price that's considerably less expensive than the average PC was ten years ago,” they write.

Why is this getting less fanfare than when Windows XP was having its last rites read to it back in 2011? In fact, people were so reluctant to let go that the deadline was extended to 2013 because everyone stubbornly refused to budge. That’s unlikely to occur with Windows Vista, given that at the time of writing it holds 0.78% of the total market share. When Microsoft was trying to get people to kick Windows XP back in 2013, it was installed on roughly 40% of desktops worldwide. Even now, support-free Windows XP refuseniks account for a surprisingly strong 8.5% of the desktop market share.

To put it mildly, Windows Vista was never loved in the same way, so few will be mourning its passing in 2017. Next up for the can is Windows 7 – but you should have until January 2020 to say goodbye.