The anti-hacking tips you need to know 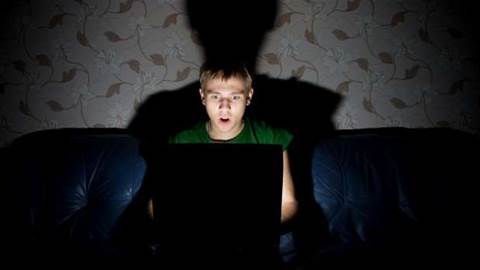 If you're worried about the risk of hacking attacks, then simply follow these simple rules to help ensure safe surfing

Whatever your perception of a 'hacker' may be, from the hooded stereotype portrayed in Hollywood movies to the mask-wearing hacktivist types of Anonymous, it's clear that in most cases they mean business. From TalkTalk to Ashley Madison, major hacking and data breaches have been consistently damaging over the past 12 months, and anyone can be caught in the crossfire.

While you may not think you're a target, simply being connected to the internet can leave you vulnerable to exploitation by everything from malware-ridden emails to persistent ransomware that steals your files until you pay for their return. So, in order to stay protected, we have compiled a guide on how you can harden your computer system against hackers for no cost at all. Of course, you should always run up-to-date internet security software, such as BullGuard Internet Security.

It may sound silly, but you need to start with a strong password on everything from your computer to your social media account. Put simply, not having a password is asking for trouble. You should make sure you use numbers, upper- and lower-case characters and a range of symbols to ensure your password is difficult to crack. Having a strong password will make it significantly harder for a hacker to get access to your computer in the first place.

Beware of the (many) threats you face while surfing the web

From ransomware-based extortion to malicious macros hidden in email attachments, you should be well aware of the threats you face while surfing the web. While this doesn't mean you have to keep track of the latest nation-state hacking campaigns or avidly read the threat intelligence blogs of major security firms, it does involve knowing how to spot suspicious activity. While many hacking tools are stunningly advanced, some of the most successful cyberattacks still involve common tactics such as email phishing or spam emails. As recently reported, even the US government can fall victim – and if they can, you can. In short, ignore that loan from the Nigerian prince and pay attention to what you're clicking. One of the benefits of BullGuard Internet Security, for instance, is its behavioural-based detection, which identifies new types of malware that have just been released.

Whether you're using a Windows or Mac computer, it's crucial to make sure all your software is kept up to date. Patches, released regularly by major firms such as Microsoft, Adobe and Oracle, will protect against the hundreds of threats that are uncovered by security researchers on a daily basis. Make sure your antivirus program and browser is set to update automatically so you won't forget to do it. Security experts agree that one of the easiest ways for hackers to exploit software is through unpatched vulnerabilities.

Only install software from trusted sources

While there are many software directory websites that boast ease of use, if you aren't sure what a program does or you don't intend to use it, you shouldn't hit that download button in the first place. Sometimes malicious software, spyware and adware can piggyback on seemingly legitimate-sounding software, and once it's on your computer it can be persistent and difficult to remove. If you're downloading, installing or updating from big-name brands such as Adobe or Microsoft you will likely be safe (but check the URL!), however for anything else you should always scan it first.

Not only are you in murky legal territory when using some P2P file-sharing websites, you could also leave your computer wide open to attack. If you don't pay careful attention, files may contain some nasty hacking tools such as key-loggers or malware that will quickly spread through your computer when opened. On a similar note, it's best to stay away from shady sites in general as they can be host to a slew of viruses and malvertising schemes.

It is highly advisable to schedule regular scans using your chosen antivirus software to ensure your computer is clean and running in good order. If you don't want to scan while you're using the computer, perhaps schedule the checkup for late at night so you won't have to compete with a slow system. Pick a strong program, which not only fight against malware, phishing and spam, but also boast powerful system scanning that you can customise.

Secure your router and wireless network

Most routers have little security when you initially install them, so you should urgently log into the router's admin panel and assign a strong password or additional forms of encryption. If you don't, anyone will be able to connect to your network, which will leave every connected device open to exploitation. Hackers and cybercriminals regularly use weak routers to amass so-called 'botnets', which are slave computers they can use at will to direct traffic for malicious purposes.

Hacking may seem scary, but with these basic tips you can easily reduce the risk of your computer being targeted.

I have read and accept the privacy policy and terms and conditions and by submitting my email address I agree to receive the Business IT newsletter and receive special offers on behalf of Business IT, nextmedia and its valued partners. We will not share your details with third parties.
Copyright © Alphr, Dennis Publishing
Tags:
antivirus software ashley madison bullguard internet security hacking tools internet security microsoft strong password
By a Staff Writer
Mar 16 2016
2:35PM