The 5 books every entrepreneur needs to read 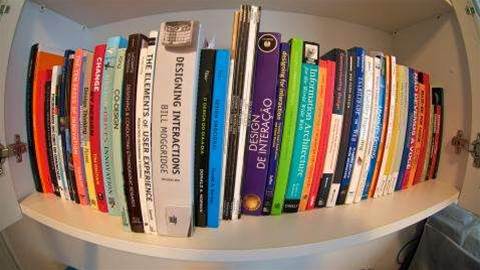 Having an MBA can be useful in business, but many entrepreneurs are able to do just as well without it. In fact, learning from others who have taken similar paths can be more valuable than the £75,000 it costs for a top MBA in the UK.

Instead, books can be a great source of inspiration for entrepreneurs looking to grow their business, and for people simply looking to be better at their job. Facebook's Mark Zuckerberg announced earlier this year that he aimed to read a new book every two weeks. Microsoft co-founder Bill Gates is also an avid reader and regularly gives his recommendations – his summer reading list this year includes What If? by Randall Munroe, and Darrell Huff's How to Lie with Statistics.

We asked five British entrepreneurs which book they believed every business person needed to read – and they came up with some excellent suggestions...

Book recommendation: Eat That Frog! Get More of the Important Things Done – Today by Brian Tracy

A common concern for entrepreneurs is how to remain focused on the business when their startup takes off and they're forced to delegate tasks to other people.

Eat That Frog explains that there's never enough time to complete everything on a to-do list, and that successful people won't even attempt to do everything.

Gregor Lawson, co-founder of Edinburgh-based costume company Morphsuits, says he found it difficult to fend off distractions as the business expanded overseas. Morphsuits' signature skin-tight spandex costumes have become popular worldwide and the company now has 80 different designs on its website.

“As my business grew in terms of people and revenue, I started to feel less productive; more work, more distractions, more potential to procrastinate. This book helped me become more efficient,” said Lawson.

In Eat That Frog, Canadian self-help expert Brian Tracy details 21 practical steps to help readers stop procrastinating and get more of the important tasks done. This includes advice from clarifying what the reader's values are, to unlocking inner creativity.

He also advises practicing the ABCDE method of personal organisation. This is a system of ranking things in order of importance. “A” represents something “very important”, and “E” stands for “eliminate, whenever possible”. Readers are encouraged to place one of these letters in the margin next to the tasks on their to-do list.

“At the book's core is planning, identifying the game-changing tasks and a ruthless focus on executing them. This has helped me complete better-quality work in less time, giving me more time to do things that are ultimately more important,” said Lawson. “I used to think that working really hard, nearing workaholic status, was a badge of honour, but this book helped me realise that it's unnecessary.”

Book recommendation: The Tipping Point: How Little Things Can Make a Big Difference by Malcolm Gladwell

Rowena Johnson's entrepreneurial journey has been long and arduous. Eight years ago, she came up with the idea of developing a child-friendly toothbrush after months of frustration attempting to clean her one-year-old daughter's teeth. After investing £180,000 of her own money, which was mainly funded from the profits of a children's clothing business she also owns, the BugBrush was finally launched earlier this year.

The Tipping Point by Malcolm Gladwell is a book that has provided her with inspiration and guidance during her difficult journey.

“Everything I've achieved in my businesses is thanks to the inspiration that Malcolm's books have given me. He gave me the understanding and determination to continue on the very difficult journey I faced with BugBrush – he enabled me to realise that one person does have the capability to cause a change or trend to start.”

Management guru and journalist Malcolm Gladwell has a loyal following among entrepreneurs across the world. His books, which also include Blink, Outliers and David and Goliath are all bestsellers. One of his most famous theories is that it takes 10,000 hours of practice to master any field, therefore dispelling the idea that people are born geniuses. He points to the example of Bill Gates, who was able to learn coding from a young age because he attended a progressive high school in Seattle.

Johnson's BugBrush, a caterpillar-shaped toothbrush designed to remove more plaque than standard baby toothbrushes, is now stocked at baby-clothing retailer JoJo Maman Bébé across its stores in the UK and online, and Johnson is looking at international distribution.

“Malcolm Gladwell's books aren't restricted to the large corporates. In David and Goliath, his newest book, he examines the theories of why bigger is not always better – in fact, being bigger is a weakness in many instances in the business world,” she said. “I actually wrote to him last year saying what an inspiration he is to me, and he wrote back thanking me, which I was very honoured to receive.”

Book recommendation: The Hard Thing About Hard Things: Building a Business When There Are No Easy Answers by Ben Horowitz

Ben Horowitz is a well-known venture capitalist and co-founder of California-based Andreessen Horowitz, a fund that invests in and advises high-growth technology companies and was an early investor in Twitter. His book The Hard Thing About Hard Things offers advice on building and running a startup, and promises to cover the toughest problems that business school doesn't cover.

Since being published last year, it's become a must-have book for entrepreneurs across the world looking for guidance on how to grow their business. When a London-based investment firm recently asked its members to name the business book that had the most impact on them, Ben Horowitz's book was the most cited.

James Hind, the founder and chief executive of Carwow, a London-based website that helps people choose a new car by comparing prices and quality, says it's easily the best management book he's ever read.

“It's full of actionable advice for handling difficult situations, such as how to handle staff promotions, and managing the stress of leading a business,” said Hind.

Firing people, a problem that many company founders struggle with, is also covered by Horowitz.

“The book highlights the importance of getting rid of underperforming people as soon as possible and that they're unlikely to improve over time, so it's made me not hold back on replacing people who I wasn't sure about,” said Hind.

He added that as soon as he finished the book, he bought copies for his senior team and a number of CEO friends.

American tech whizz and venture capitalist Tony Hsieh is another closely followed entrepreneur. After selling his internet advertising network LinkExchange to Microsoft in the late 1990s for $265 million, he co-founded investment company Venture Frogs and later became CEO of online shoe retailer Zappos.com. His book Delivering Happiness explains the secrets behind his success, and was an instant bestseller when it was published in 2010.

In the book, Hsieh focuses on why company culture is his number-one priority at Zappos, which takes more than $1 billion in gross merchandise sales a year, and was sold to Amazon for around $900 million in 2009.

Simos Kitiris, co-founder of popular UK casual jobs website PeoplePerHour.com, says the book shaped the way he thought about companies and made him realise the importance of creating a positive company culture.

Last year he launched Yumbles, an online food marketplace that features products made by independent food producers in the UK and abroad. The business now employs a handful of people in Hertfordshire and staff numbers are expected to increase as Kitiris is set to shortly secure an investment deal.

“Startups, for me, are all about building great teams and keeping a relentless focus on the things that matter. The Zappos story is an inspirational example that we try to follow as much as possible in our own way here at Yumbles,” said Kitiris.

Tony Hsieh also teaches about the importance of excellent customer service, which he says is crucial to bringing customers back to the business and getting them to recommend it to others.

“Being an entrepreneur is tough, and it can often be very hard to see beyond your immediate challenges; this book serves as a constant reminder to keep trying to successfully align passions, profits and purpose in our journey,” added Kitiris.

Sometimes the old books are still the best. Dr Stephen R Covey's The 7 Habits Of Highly Effective People was a bestseller in the late 1980s, and is still referred to today by many businesspeople looking for guides on personal development.

Andy Atalla, founder of London-based online marketing agency Atom42, says it helped him challenge his energy in the early days of his business, and he still uses its principles now.

“Focusing on the things you can change – rather than those which you can't – really helps your focus and energy. Having a clear vision of what you want to achieve, which Covey teaches with the principle 'begin with the end in mind', regularly helps us stay on track and work in an efficient and effective way,” said Atalla.

Covey was an influential management guru, whose teachings are still popular today.

It's estimated that more than 15 million copies of the book have been sold in 38 languages worldwide and it was recently named one of the bestselling business books of all time.

His seven habits are broken down into separate chapters and are relatively simple to understand, although not always as easy to follow in practice.

One of his most popular teachings is the value of listening. “Most people listen with the intent to reply, not to understand,” Covey wrote. This means they selectively hear only certain parts of the conversation or attentively focus on few of the words being said.

“The empathy guidance helps us better understand our clients, and each other. Often people are so preoccupied with the point they want to make that they neglect to take in any new considerations,” said Atalla.