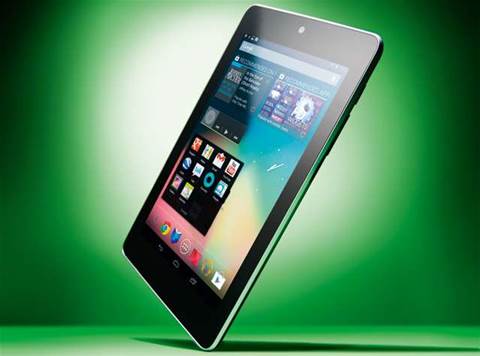 Called the "gold standard" in budget tablets, there is now a new Nexus 7 with 32GB of storage, double the previous model.

We’re big fans of Google's original Nexus 7 tablet. We road-tested the Nexus 7 and liked it a lot.

Although the Nexus 7 has been available in both 16GB and 32GB for a while, only the 16GB version was available through retail stores.

The price has a recommended price of $319 – that’s the same price that the 16GB was introduced at although that price was given a $50 reduction a while ago and will continue to be sold in Australia for $269.

By doubling the capacity, the Nexus 7 becomes an even more useful device.

That extra 16GB of space means you can bring more video and photo samples of your products to your clients, keep more media on hand for when you’re travelling and carry more working documents so you can work on the road.

We’re big fans of the original Nexus 7. It had excellent battery life and balances features and price.

This capacity increase and improved availability is a significant improvement and will make sure it stays a great alternative to the more expensive iPad mini.

Google’s original Nexus 7 tablet has been on the market for a while now and, arguably, was the main driver behind Apple’s decision to release the iPad mini.

The 32GB version is now available, probably as a retaliatory strike against the iPad mini that outguns it on the spec sheet.

Although the 32GB Nexus 7 has been available for a while, it could only be purchased online.