That's not a phone, THIS is a phone 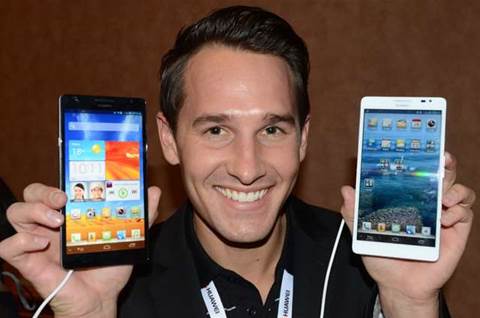 Do you like big phone screens or not? Huawei has launched what it claims is the smartphone with the world's largest screen.

The Huawei Ascend Mate has a whopping 6.1in, 1280x720-pixel screen, and measures 163.5x85.74x9.9 mm.
To put that in context, here are the corresponding specs for some other smartphones:
Newsletter Signup

I have read and accept the privacy policy and terms and conditions and by submitting my email address I agree to receive the Business IT newsletter and receive special offers on behalf of Business IT, nextmedia and its valued partners. We will not share your details with third parties.
We suspect one of the reasons why the Samsung NoteII and its predecessor the Note seem more popular among women than men is that their size means they really need to be carried in a bag rather than a pocket.
That's a particular issue this time of year when jackets are mostly worn only for formal meetings or when working in over-cooled premises.
On the other hand, that larger screen will make it easier to use web sites that haven't been optimised for mobile devices, and to read fixed-format documents such as PDF files.
Apart from the dimensions, notable specs include a claimed "two days of ordinary usage on a single charge", and a Gorilla Glass touchscreen that can be used while wearing gloves.
Huawei haven't said if or when it will go on sale in Australia, let alone indicating a likely price. All we know at this stage is that it will be released in China in February.
Copyright © BIT (Business IT). All rights reserved.
Tags:
ascend hardware huawei mate
By Daniel James
Jan 9 2013
1:11PM