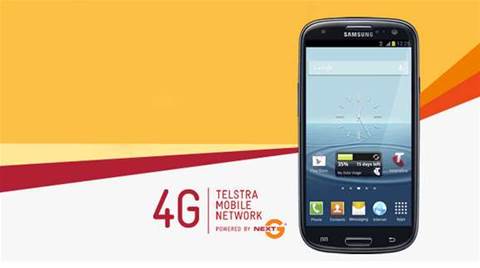 Don’t expect to save money if you choose the new Samsung Galaxy S III 4G instead of the new iPhone 5 with Telstra. The handset payment is only $1 cheaper per month.

Those who think iPhone plans are pricey might be interested to see that the new flagship Android phone, the Samsung Galaxy S III 4G, is hardly any cheaper with Telstra.

In fact Telstra customers will save only $1 a month on handset repayments with the Galaxy S III 4G, compared with the iPhone 5 - that’s if they pick the entry level “S” plan, which costs $60 a month, plus $6 for the handset payment ($7 for the iPhone 5). At that price both phones come with 1GB of data, unlimited texts and $600 talk/MMS value.

Telstra will have the Samsung Galaxy S III 4G in its shops from October 9. You can place an order here.

Step up to the M, L and XL plans, and the costs over 24 months are listed as the same for both the Galaxy S III 4G and the iPhone 5.

Telstra is also offering its 1GB of bonus data per month for the first 12 months for both phones – except on the entry level “S” plan.

As we showed here, if you’re looking at 1GB or 2GB data plans, Telstra is the most expensive, but it’s not ridiculously so compared to the other players when it comes to iPhone 5 plans. When you consider the bonus 1GB of data for the first 12 months with plans 2GB and above, and the fact Telstra has the most 4G coverage, it’s not an unattractive option. 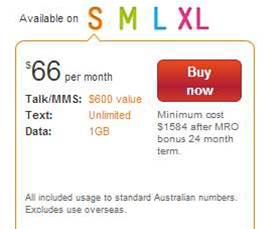 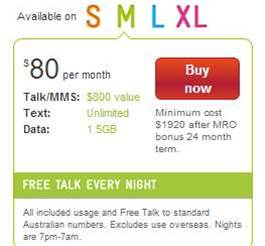 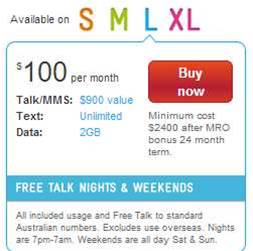 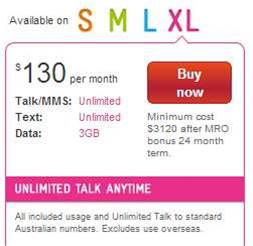