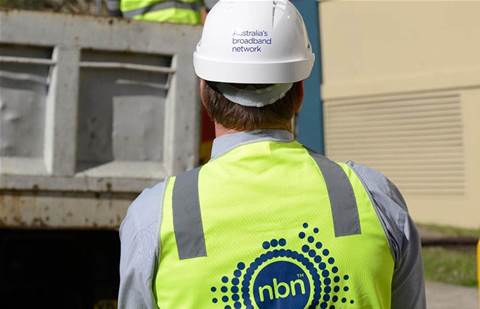 NBN Co’s recent reinstatement of its COVID-19-related CVC discounts were criticised by four of the five major Australian telcos that urged for the subsidies’ return amid the lockdowns.

Spokespeople from Telstra, Optus, TPG and Vocus have told CRN that the relief, which came in the form of rebates, were not enough to meet the increased demand for broadband and wants NBN Co to fully waive overage costs while the lockdowns continue.

NBN Co yesterday announced the rebates, which it said would cost a total of $5.2 million in discounts, to support the provision of additional data to meet increased customer demand for broadband services.

Along with Aussie Broadband, the telcos earlier this week lobbied NBN Co to waive excess bandwidth charges as parts of Australia returned to lockdowns as COVID-19 cases spike, as reported by CNR sibling site iTnews. Aussie Broadband welcomed the rebates.

“NBN Co’s small one-off credit is insufficient. It doesn’t ease the burden that retailers are carrying,” a Telstra spokesperson said in a statement.

“With millions of Australians still dealing with the impacts of COVID, we continue to see higher than normal demand for data in areas impacted by lockdowns. To meet this demand, we have increased the CVC capacity we buy from NBN Co as traffic has increased 30 to 40 percent.

“It is disappointing that in a time when we’re trying to support customers to stay safe, retailers are left having to pay more while NBN Co are reaping a financial benefit.”

TPG’s spokesperson told CRN the rebate was “entirely inadequate” and allows NBN Co to continue to benefit financially from increased NBN usage while Australians are in lockdown.

“Let’s be very clear, NBN isn’t incurring any additional costs because of the increase in traffic during lockdown, yet they continue to send RSPs an overage bill,” the spokesperson said.

“NBN needs to do the right thing and waive these additional overage charges until lockdowns are lifted.”

The spokesperson added the Government should be “very concerned” about NBN Co being able to charge higher costs for NBN usage in a situation when its costs do not increase and called for the CVC pricing model to be scrapped.

Optus had similar sentiments, with Optus vice president of regulator and public affairs Andrew Sheridan saying that while the gesture was appreciated, it still falls short of Australian’s needs at this time.

“We continue to call on NBN to step up to the challenge that Australians are facing at this time,” Sheridan said.

Vocus also slammed NBN Co on the financial side of the issue, with their spokesperson saying the network provider was “prioritising short-term financial gain over the long-term good of the industry and consumers”.
“NBN took a leadership role at the onset of COVID by ensuring there was sufficient capacity available to Australians, and it is disappointing that that sense of collaboration and responsibility has not been in place at this critical juncture,” Vocus’ spokesperson said.

“No party should be left worse-off by capacity surges due to lockdowns. NBN’s response will require RSPs – and ultimately, Australians – to pay for additional CVC overage. This again highlights the fundamental flaws in NBN’s variable wholesale pricing model.”

Aussie Broadband welcomed the rebate, with managing director Phil Britt telling CRN, “Given that NSW is going to be in lockdown for at least another 4 weeks, we welcome NBN’s continuing relief for as long as the lockdowns continue.”

“We will continue to monitor usage closely, and will advocate for more relief if required.”