Telstra in court over unfair sales to Indigenous customers 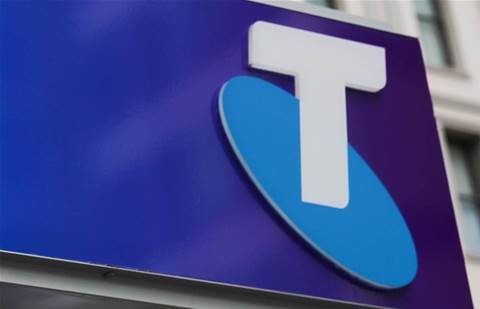 The Australian Competition and Consumer Commission has taken Telstra to the Federal Court over suspect sales practices to Indigenous customers.

Telstra admitted to breaching the Australian Consumer Law for signing up some 108 Indigenous consumers to multiple post-paid mobile contracts which they did not understand and could not afford between January 2016 to August 2018.

The customers signed up in five different licensed Telstra-branded stores in the Northern Territory, South Australia and Western Australia, with each contract entered into with individual consumers on a single day when they visited a store.

The stores were in Alice Springs, Casuarina and Palmerston (NT), Arndale (SA) and Broome (WA). Some affected communities include the regions surrounding Darwin, the islands off Northern Territory, the Kimberley region and the Anangu Pitjantjatjara Yankunytjatjara Lands (APY Lands) in central Australia.

The ACCC said many of the customers spoke English as a second or third language, had difficulties understanding Telstra’s written contracts, and many were unemployed and relied on government benefits or pensions as the primary source of their income. Some lived in remote areas where Telstra provided the only mobile network.

Some of the staff also did not provide a full and proper explanation of consumer’s financial exposure under the contract, with some cases even falsely representing that the products customers were receiving were for free.

The ACCC also said some Telstra staff manipulated credit assessments so customers who were otherwise unqualified would get the contracts, like falsely indicating that a customer was employed in some cases.

Telstra claimed its board and senior executives were unaware of the improper sales practices at the time and admitted that there were no effective systems in place to detect or prevent this type of conduct.

The consumers had an average debt per customer of more than $7400, with one having up to $19,000, leading to severe personal financial hardship.

Telstra later referred some of the unpaid debts to debt collectors, which the ACCC said would potentially give customers further personal and cultural shame and embarrassment.

The ACCC said the telco has since taken steps to waive the debts, refund money paid and put in place steps to reduce the risk of similar conduct in the future.

The telco agreed to the ACCC filing consent orders and joint submissions in Court in support of penalties totalling $50 million being imposed by the Court, and will let the court to decide if the penalties are appropriate.

“Even though Telstra became increasingly aware of elements of the improper practices by sales staff at Telstra licensed stores over time, it failed to act quickly enough to stop it, and these practices continued and caused further, serious and avoidable financial hardship to Indigenous consumers.”

“This case is a reminder to all businesses to ensure that they comply with Australian Consumer Law in their dealings with all consumers, especially vulnerable consumers in regional or remote communities.”

“The actions of sales staff at five Telstra licensed stores were shocking. The way in which they seem to have blatantly overlooked obligations under Australian Consumer Law and the impact their actions would have on consumers is extremely disappointing.”

“Most consumers find signing up to a new phone plan to be confusing. In this case, Indigenous consumers were especially vulnerable because they didn’t always speak English as their first language, they didn’t understand the contracts they were being asked to sign, and often relied on the advice of telco staff as to what to sign up for – regardless of the price or suitability of the plan.”

“The $50 million fine being proposed should be a strong disincentive to other retailers who do not comply with the law in protecting vulnerable customers.”

“We recognise that Telstra has taken positive steps to remedy the harm that they have caused the impacted consumers, including waiving debts and refunding money paid. Vitally, they are actively taking steps to reduce the risk of this sort of behaviour from occurring in the future. We are working closely with Telstra to ensure that this positive change continues.”