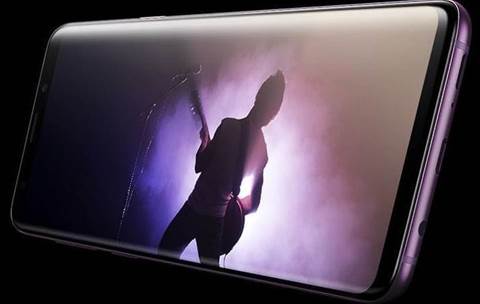 The new modem in Samsung’s latest phone has enabled both telcos to ramp up their maximum download speeds.

Telstra has achieved an Australian first by achieving download speeds in excess of 1Gbps to a commercially available smartphone on a network open to customers.

During testing of the recently released Samsung Galaxy S9 and S9+ in Sydney, speeds above 1Gbps were repeatedly achieved, according to Telstra. The highest speed was 1.03Gbps.

The new Samsung flagship phones are able achieve these speeds because their new Cat 18 LTE modem is capable of theoretical download speeds of up to 1.2Gbps on a supporting network.

The only other Cat 18 phone we are aware of that’s on sale in Australia is the Huawei Mate 10 Pro. The range of Cat 16 handsets – which is capable of theoretically speeds of up to 1Gbps – is only slightly broader, including the Galaxy S8 and S8+, HTC U11 and LG V30.

Furthermore, Telstra’s “gigabit-enabled” coverage is only available within a 3km radius of the Sydney and Melbourne CBDs, and within 2km of the Brisbane and Adelaide CBDs, as a number of unspecified “sites in selected high traffic locations.” The company is rolling out gigabit LTE in Perth's CBD.

Nevertheless, Teoh said: “Cracking the magic gigabit mark on smartphones is an exciting milestone” that opens the door to technologies such as high-quality augmented reality.”

Telstra's announcement came shortly after Optus said it had achieved 945Mbps to the same handsets. That trial took place in Macquarie Park, Sydney, one of the first sites on Optus's 4.5G mobile network.

MIMO stands for multiple input, multiple output. The 4x4 part means four separate streams of data are transmitted and received simultaneously on the same channel. FDD stands for frequency-division multiplexing, where different frequencies are used for transmit and receive, while TDD is time-division multiplexing, where sending and receiving are allocated separate 'time slots' on the same frequency. Carrier Aggregation means multiple carriers (which can be thought of as channels) are combined to increase the total speed. The LTE standards allow for a maximum of five carriers, hence 5CC.

In practice, the actual speed achieved by individual devices (even if they are equipped with the necessary technology) will be less than that seen in the trial. For example, lower speeds will be achieved the closer a device is to the edge of the cell, or the more active devices there are within the cell.

“Importantly, it showcases Optus' commitment to continuing to work towards delivery of technology advancements for the Gbps mobile user experience, while we rapidly progress on 5G development.”