Panasonic says that Telstra technicians and Energex staff have been using their ToughPad tablet computer out in the field.

We sometimes hear about specialised "tough" tablet computers, but we often wonder who, if anyone, actually uses them.
So when we received a press release announcing a new tough Panasonic tablet, called the "Toughpad", we asked them who uses it.
Newsletter Signup

I have read and accept the privacy policy and terms and conditions and by submitting my email address I agree to receive the Business IT newsletter and receive special offers on behalf of Business IT, nextmedia and its valued partners. We will not share your details with third parties.
They told us Telstra technicians and Energex staff have already been using the Toughpad out in the field.
So what is the Toughpad and how is it different to an iPad? 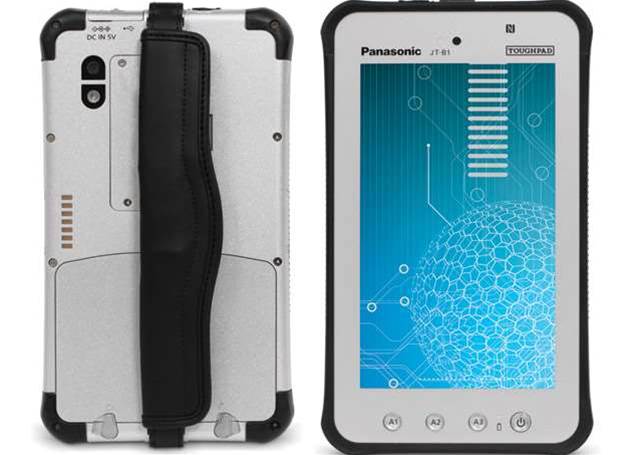 The new Toughpad is the JT-B1, and Panasonic claims it is the lightest "fully-rugged" Toughpad they have made.
It has a 7inch screen and according to Panasonic can withstand a 1.2 metre drop and the sealed "all-weather" design protects it from dust and rain.
The tablet’s screen comes with a 500 nit brightness rating and an anti-reflective coating that Panasonic claims can be read in pure daylight, handy for use out in the field or on a construction site.
There's a hand strap and a user-replaceable battery, rated at eight hours.
The tablet's specs are at the lower end though, with a dual core 1.5GHz processor, 1GB of RAM and 1024x600 resolution display.
All that protection comes at a premium though, with the tablet retailing for $1,349 when it arrives in shops in September.
According to Panasonic, the JT-B1 Toughpad was developed for "mobile workers in industries such as logistics and warehousing, hospitality, and retail merchandising."
Copyright © BIT (Business IT). All rights reserved.
Tags:
android hardware panasonic tablet tough toughpad
By Krishan Sharma
Aug 28 2013
1:12PM