Telco complaints jump by a third 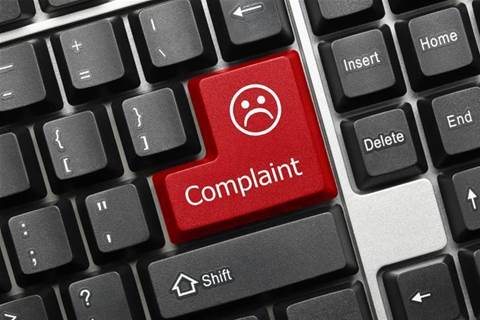 Issues with NBN and other internet services dominate complaints to the telecommunications ombudsman in the second half of 2016.

Consumers and small businesses made 65,970 complaints to the Telecommunications Industry Ombudsman (TIO) about their landline, mobile or internet services between 1 July and 31 December 2016. This was a 5.3 percent increase on the first half, and 33.8 percent increase year-on-year.

The TIO update reveals the bulk of the increase concerned internet services, with 53.6 percent more complaints than the year ago period. Fixed and mobile phone complaints were also more numerous, increasing by 32 percent and 18.8 percent respectively.

The number of complaints relating to NBN services rose 6.8 percent from the first half of 2016 and 117.5 percent year-on-year, although the TIO noted that while those increases were slower than the rate at which premises are being connected to the NBN.

An NBN Co spokesperson said that taking into account the increase in the number of active services, complaints about services delivered over the NBN have dropped by 30 percent.

“With about 30,000 households and businesses being connected to services over the NBN network every week, an increase in the individual number of issues reported to the TIO reflects the acceleration of the rollout, however from an NBN perspective, we need to continue to improve the consumer experience as we further ramp up,” said NBN Co chief customer officer John Simon.

“That is exactly why NBN is working in collaboration with retail service providers to better educate consumers and business owners about how to get the best experience possible from their internet connection while also improving end to end processes.”

The company also pointed out the TIO's report does not distinguish between complaints relating to the NBN network and those relating to the retail service provider's (RSP's) network.

This could be interpreted as veiled criticism of RSPs that fail to buy sufficient capacity to meet their customers' expectations, especially at peak times.

The TIO recorded complaints against 324 phone and internet providers. 86.7 percent were from residential consumers and 13 percent from small businesses, which is broadly in line with the ratio of adults to small businesses. The other 0.3 percent came from non-profit organisations.

Complaints to the TIO most commonly concerned customer service, billing and payments, faults and complaint handling. The TIO does not get involved until customers have attempted to settle their problem with the service provider, so it seems ironic that complaints are being lodged about the way RSPs handle complaints.