Tech basics: why won't my UPS keep my computer running in a blackout? 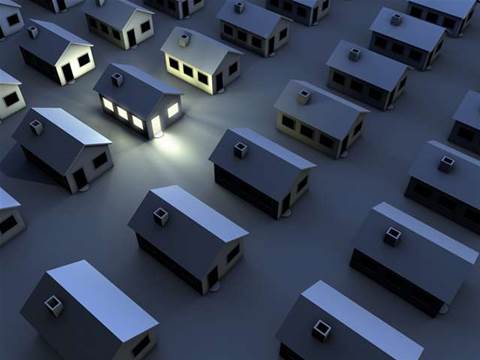 Here's something you should be aware of if you rely on an Uninterruptible Power Supply (UPS) to protect your home office data from a blackout.

[We spotted this Q&A in the recent March issue of PC & Tech Authority magazine. We decided to share it with you as we thought it especially relevant to at-home offices that have an Uninterruptible Power Supply (UPS) protecting the computer data from blackouts.]

Question:
I got a second-hand UPS for $10, and its batteries still seem pretty decent (it ran a desk fan for 25 minutes before conking out) but it doesn’t power my PC. Everything seems fine, but if there’s a one second blackout or I test it by pulling the plug out of the wall, it beeps once then dies, and my computer turns off. I remember in the dear departed Atomic you recently had one problem like this that was just a loose plug on the power cord, but that definitely isn’t the case here.
What’s the problem here?
Newsletter Signup

I have read and accept the privacy policy and terms and conditions and by submitting my email address I agree to receive the Business IT newsletter and receive special offers on behalf of Business IT, nextmedia and its valued partners. We will not share your details with third parties.
- Pryor Paulet
Answer:
The UPS can’t output enough power to run your computer. The battery capacity has little to do with this; it determines how long a UPS can power a given load, but only slightly affects how large a load it can handle.
(There is a small real-world relationship between battery condition and UPS load capacity; clapped-out batteries may not be able to deliver as much current as they did when new.)
UPSes are rated in “volt-amps”, VA, with one VA similar to but not quite the same as one watt. Get a cheap electricity meter and see what your computer draws. If the meter says it draws, say, 400 watts, then you need a UPS with a rating above 400VA. 500VA should do nicely.

To reduce the load on a UPS, try powering less gear from it (like, your computer, but not your monitor). You can also use software from the UPS manufacturer that lets most UPSes, via a serial or USB lead, tell the computer to shut down when the power goes out. Or in some cases do cleverer things, like shutting down Folding@home or anything else that uses a lot of CPU time.

Dropping CPU load to near-zero will with various modern CPUs cause the computer to automatically reduce its clock speed, thereby reducing power draw even more. Even if your UPS has enough grunt to run your computer with full CPU and graphics-card loads, reducing that load will let the UPS last through a longer blackout.
- Dan Rutter
Copyright © BIT (Business IT). All rights reserved.
Tags:
blackout computer hardware help power ups
By Dan Rutter
Mar 13 2013
2:31PM