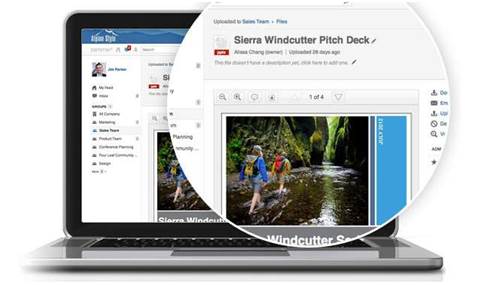 It's used by more than 85% of the Fortune 500, but what actually is Yammer? Here's a basic introduction.

While it's targeted at big businesses, the basic version is free and provides features that small businesses may find useful, especially if your staff aren't working in the same town or city.
The free version of Yammer lets you do:
Newsletter Signup 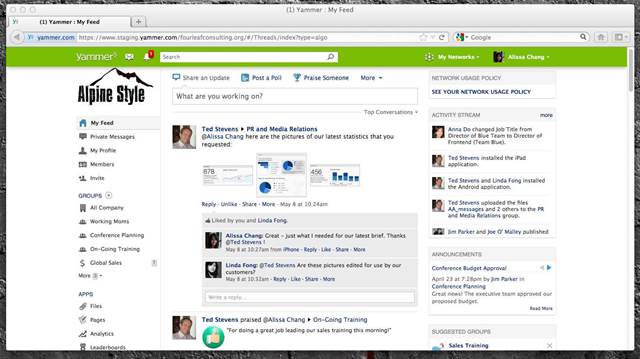 Yammer includes user profiles and status updates, similar to Facebook
While the primary idea is to let you communicate with other people in your company, Yammer also lets you collaborate with outsiders like customers and suppliers while keeping internal material private.
The big business version costs $US3 per user per month, and adds features such as more advanced administration options (such as synchronisation with Active Directory), and strong authentication for browser access.
Integrations between Yammer and various other services are available (eg, for SharePoint, Salesforce.com, NetSuite, Microsoft Dynamics, GetSatisfaction, Twitter, Zendesk, and TripIt), but some require a paid subscription to at least one of the services.
There are Yammer apps for iOS, Android, Windows Phone and BlackBerry, as well as desktop apps for Windows and OS X.
Yammer is operated by the company of the same name, which is a Microsoft subsidiary.
Copyright © BIT (Business IT). All rights reserved.
Tags:
101 is software tech what yammer
By Daniel James
Jan 16 2013
1:21PM