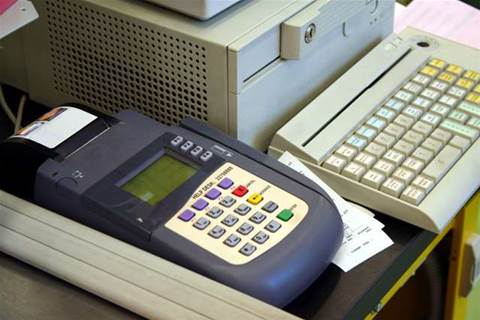 A combination of labour costs and falling profit margins is hurting small businesses, says a new report by the Australian Chamber of Commerce and Industry.

It’s no surprise to hear that conditions aren’t pretty for Australian small business. As for the reason why, this week’s release of the latest ACCI survey sheds some light.

The survey results, released this week, pegs labour costs and taxes as two of the perceived factors putting pressure on small business. That’s from a total of 1,786 businesses surveyed in January, February and March.
Newsletter Signup

I have read and accept the privacy policy and terms and conditions and by submitting my email address I agree to receive the Business IT newsletter and receive special offers on behalf of Business IT, nextmedia and its valued partners. We will not share your details with third parties.
The survey (take a look at the summary here) is a depressing read, with the ACCI painting an extremely gloomy picture. As expected, the carbon tax gets a mention, with Greg Evans, Director of Economics and Industry Policy, Australian Chamber of Commerce and Industry, tipping the tax as one factor (along with the economy in Europe, and the “possibility of a slowdown in China”) in what he predicts as “further headwinds” in coming months.
In a press statement, Evans also took a swipe at the 2012 Budget concessions for small business: "Businesses are disappointed that the previously promised 1 per cent cut in company tax was abandoned in the 2012-13 Budget to fund other government spending. While the carry back of tax losses is a positive announcement, it is only expected to assist a handful of small businesses and eligible businesses will have to wait at least 18 months from now to receive the cash flow benefits when they lodged their 2012-13 tax return.”
Nevertheless, the ACCI survey report states that conditions are stabilising, albeit at “low levels”, after two years of decline.
We note that more small businesses taking part in the ACCI survey indicated that “Raising Loans from Financial Institutions” was a constraint to investing in equipment, compared to the previous time the survey was conducted. It’s an issue the government says it hears a lot of complaints about too.
No doubt we’ll hear cloud vendors pushing their low-cost mantra as wallets tighten.
Copyright © BIT (Business IT). All rights reserved.
Tags:
acci carbon tax survey
By William Maher
May 23 2012
11:56AM