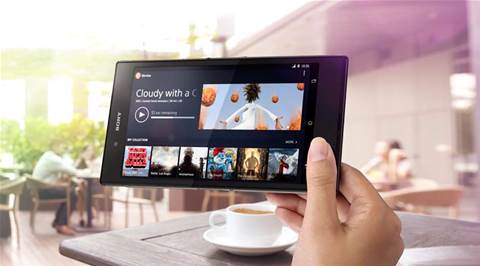 Sony's latest smartphone offers a huge screen along with water and scratch resistance.

Sony’s latest flagship smartphone, the Xperia Z Ultra, has just gone on sale overseas and here are a couple of reasons why it caught our attention.
Firstly, like its popular predecessor, Xperia Z, the phone is waterproof and dust resistant, with Sony’s product page claiming that the device can be kept under 1.5 metres of water for up to 30 minutes. This means that the smartphone should withstand use in pouring rain or the occasional dips in the pool.
Newsletter Signup

I have read and accept the privacy policy and terms and conditions and by submitting my email address I agree to receive the Business IT newsletter and receive special offers on behalf of Business IT, nextmedia and its valued partners. We will not share your details with third parties.
The tight seal design also protects it against the ingress of dust.
Both the front and back of the phone is coated with an anti-scratch film, which is good news for people who have an unfortunate habit of throwing their keys and phone together in the same pocket or bag.
Another aspect of the phone that caught our eye is the massive 6.44 inch screen and the svelte frame of 6.55mm.
The large screen isn’t all about consuming media though as the display will accept input from a stylus or any pencil for that matter, to take notes and interact with the device. These two factors might make it a handy productivity tool though we won’t know for sure until we get our hands on one for testing.
Sony is yet to announce a local release date or pricing information.
Here you can see several videos of the Sony Xperia Z being dunked in water and then being used while still wet. Handy if you have to work outdoors in the rain. Sony's blog with images of the Xperia Z Ultra is here, or you can see some of the photos in this gallery here.
Copyright © BIT (Business IT). All rights reserved.
Tags:
hardware sony ultra xperia z
By Krishan Sharma
Aug 5 2013
6:33AM