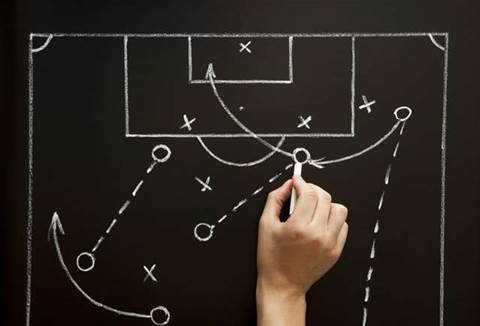 From Coles to the carbon tax, here are four big things on the agenda at the NAB National Small Business Summit in Melbourne.

It’s been described as a “vital forum” for discussing “critical issues” facing small businesses – so what are the critical issues being thrashed out at the NAB National Small Business Summit in Melbourne this week?

Supermarkets copping it
If there’s one business that has become a target in the battle of small business vs big, it’s the supermarket chain. We have been reminded of this in two very different ways here at the NAB Summit – firstly, the ACCC said yesterday it is trying to get evidence regarding allegations about the way home brand items are sold in supermarkets. This follows warnings about the move by supermarket chains into the market for liquor, hardware and petrol. Second, when Coles is given a special drubbing during a toast given to celebrate the first day of a business summit, you know there’s some negative sentiment; at least in some quarters.

Carbon tax not a problem, or is it?
The Whyalla wipeout hasn’t eventuated, but debate goes on as to how much of a bad thing the carbon tax really is for business. On the one hand, the ACCC revealed recently that the number of complaints about the tax were decreasing since it came into effect on July 1. Complaints about rising electricity prices continue to come in, but in many cases the complaints aren’t specifically about the carbon tax. Nevertheless, not everyone is getting the message. We’ve already written about taxis, home builders, even wedding functions using the carbon tax as an excuse for raising prices. And yesterday the ACCC issued a statement revealing a fitness club in Berwick had offered to extend member’s contracts at the current or a reduced rate, telling more than 2,000 members in a letter that they could avoid a 9-15% increase due to the carbon tax. And despite complaints decreasing, more than a few businesses want the tax gone – 65% of businesses outside Western Australia, according to this article by the Sydney Morning Herald.

If you’re not doing ecommerce, hurry up
The ecommerce rallying cry really has gone from a constant drone to an urgent plea - here in Melbourne we’ve heard that 9.6 million Australians will make some sort of online shopping purchase in 2012. Right now, ecommerce is being presented as exciting opportunity for SMB to challenge bricks and mortar shops. The new poster child for these businesses is bikeexchange.com.au, which is being spoken about in hushed tones after reaching one million visitors and being named Telstra Victorian Business of the Year.

Facebook
It’s not hard to see the appeal for small business. Social media is cheap (well, it can be), and as we learnt today in a fascinating session, with the right product, the right ad, targeted in the right way, if you really know what you are doing, it is possible to make more than $15,000 in sales in two days, spending less than $100 on advertising. Or not, if you make the common mistakes.

You name it, there’s probably a free guide for it
After visiting the NAB Summit, one tip we’d suggest is that if you’re ever having a hard time understanding or finding information on a basic business topic – instead of trying Google, go right to the source. It’s an eye-opener discovering just how many free advisors, networks, ebooks, handbooks you can get your hands on. Just this week, two more handbooks were released – “the essential handbook” for independent contractors, another on “contracts made simple”. The ACCC, banks, your state government’s department of business - they’ve got booklets on tax, how to start a business, grow a business….the list goes on.