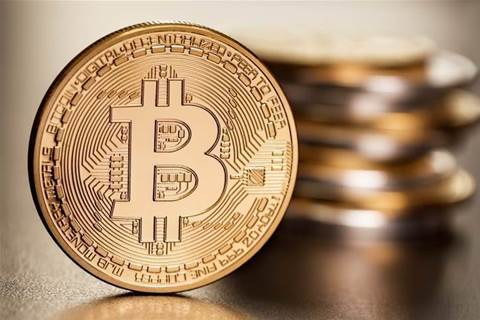 BitPOS aims to provide more opportunities for businesses to buy and sell the cryptocurrency.

While interest in cryptocurrencies such as Bitcoin is still growing, much of it appears to be speculative in nature. As we've previously reported there are ways to simplify accepting bitcoin as payment for goods and services – although we have also pointed out that bitcoin can fluctuate widely in value. Since 2014, for example, the bitcoin-AUD exchange rate has shot up more than thirteen-fold over that time.

There are also shorter term fluctuations: Bitcoin lost about nine percent of its value during September, and then gained 30 percent to 16 October. Even the exact time you buy or sell bitcoin can make a big difference – during a recent 24 hour period the exchange rate went from 7315 to 6903 before recovering to 7252 and then easing back to 7146. A five percent intra-day variation is very significant – for comparison, the USD-AUD rate varied by 0.3 percent during that specific period.

But if you do want to play this game, a Sydney startup has a way to make it easier.

BitPOS recently launched its first bitcoin ATM in Sydney, powered by the company's settlement engine and the BitPOS ID system.

We don't necessarily agree about “everyday” other than in a limited speculative sense, but Williams explained “our customers have told us they're looking for more ways to buy and sell bitcoin locally, so we have spent months road testing our prototype, ensuring what we deliver is a seamless experience that our customers have come to expect from us.”

So the bitcoin ATMs are designed to be used by anyone with a bitcoin wallet.

Part of the simplicity is that “our customers can visit our BitPOS ATMs with cash in hand, and purchase Bitcoin, whenever they like,” said Williams.

“Our emphasis is on a satisfying customer experience. We've put a lot of work into ensuring when a customer puts money into our machine, there are no frustrating delays or downtime and what they purchase will arrive in their wallets within seconds,” he said.

“Of course, our customers' security is paramount to our success, and so we wanted to manage this in-house.”

BitPOS plans to roll out a fleet of bitcoin ATMs across major metropolitan cities in Australia, and is considering licensing the software to other organisations.

It does face competition: according to Coin ATM Radar there are already 19 other bitcoin ATMs around the country, though many of them only allow the purchase of bitcoin.

Furthermore, a joint venture between StarGroup and DigitalX recently revealed plans to equip 2900 existing ATMs with the ability to buy and sell bitcoin.