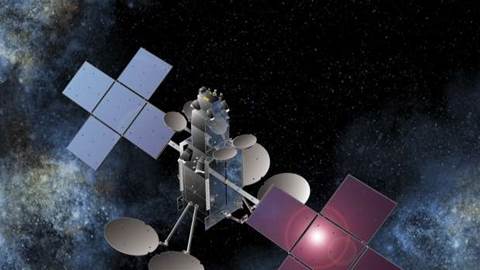 This week's successful launch of NBN Co's Sky Muster satellite is the latest step along the path to broadband service for Australia's remote homes and businesses.

Sky Muster is the first of two NBN satellites that will be used to deliver download speeds of up to 25Mbps to business and domestic premises beyond the MTM (fibre to the premises, fibre to the basement, fibre to the node, and hybrid fibre coaxial) network.

NBN CEO Bill Morrow said this morning that satellite services were expected to start in April 2016, but indicated that there would be a progressive rollout - not all premises will be serviced from day one.

“Many homes and businesses in regional and rural Australia still rely on dial-up level speeds and have little or no access to a commercial broadband service – this satellite will help to close the divide and ensure no-one gets left behind," said Morrow.

The second NBN satellite is scheduled for launch in the second half of 2016. Between them, they will service around 400,000 premises, including those on Norfolk Island, Christmas Island, Macquarie Island and the Cocos Islands.

Two speed options will be available to satellite customers, 25/5Mbps and 12/1Mbps. These are the same speeds as those on the lowest two options for fixed line and fixed wireless customers.

Sky Muster was named by Northern Territory School of the Air student Bailey Brooks, who celebrated her seventh birthday today and was present at the media conference held by Morrow and recently appointed Minister for Communications Mitch Fifield. Brooks won naming rights in a national competition for children.