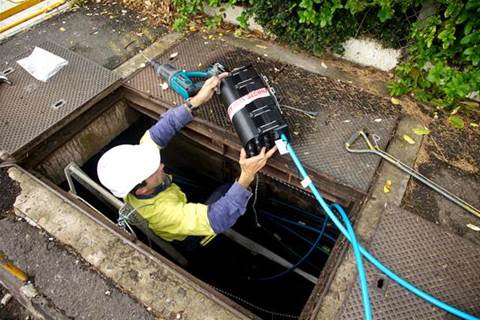 Towns with less than 1,000 premises will be able to pay to get the NBN over fibre optic cable, instead of wireless or satellite.

It’s with interest that we read today’s news that it might be possible to pay to get the NBN via fibre optic cable if you are one of the few areas that misses out.

While the plan is to deliver the NBN to each and every business and home, a small percentage of businesses will be out of reach – instead, they’ll be getting the NBN via wireless or satellite.

There might be another way of getting fibre though. Today our sister site iTnews reports that it will be possible to pay to have the NBN fibre optic cable extended. While it is unclear how much this will cost, iTnews reports that towns of less than 1,000 people less than eight kilometres from a fibre access node can apply. Communities getting the NBN by satellite will also be able to pay to get fixed wireless instead. You can read the NBN Co Network Extension Fact Sheet here.

No doubt this will be expensive – we’d be very surprised if it was within the reach of a single small business.

Could it be worth what could be a major expense? While it’s possible to buy NBN plans on fibre optic cable at up to 100MBps, remember that not all plans on fibre are that fast. There will be plenty of Internet providers offering plans starting at 12MBps on fibre optic cable. This is the same speed currently offered for NBN fixed wireless users (and we note that there's the possibility of wireless speeds increasing in the future). The NBN Interim Satellite Service offers up to 6MBps, though there are plans to increase speeds to 12Mbps in 2015.

While wireless speeds are much more limited than fibre, the upload speeds are perhaps the bigger factor worth keeping in mind. You can get much higher upload speeds over fibre, though you’ll have to pay for them. If you are sending lots of large files, and have more than a few people in your business who need to use the Internet at the same time, or you rely on videoconferencing, then fast upload speeds are very important.