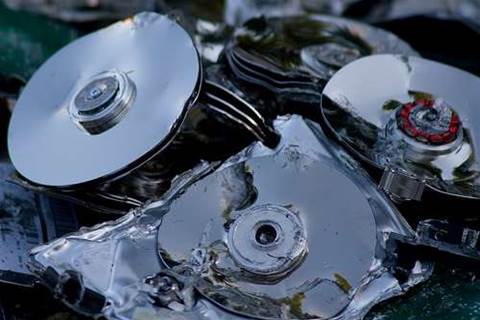 Information gets damaged in the strangest ways, as discovered by data recovery firm Kroll Ontrack, which recently revealed some of the strangest requests from its clients.

This year's Data Disaster League exposed the extent of accidental reformats, household accidents and even a server room scuffle that had users coming to them to attempt to resurrect lost data.

"Ontrack Data Recovery engineers see more than 50,000 data recoveries annually. While some are extreme, it is important to note that advances in technology and expertise make no situation impossible," boasted Phil Bridge, managing director for Kroll Ontrack in the UK.

The top 10 list ranged from the sublime, including a laptop falling from the second floor of an office and a camera flying free from a bike basket, through to the comical, which included the likes of someone leaving their laptop on the roof of their car and then having it fly off when they sped away, as well as various pet related accidents such as a cat being sick all over the computer after eating some defrosting meat.

Topping the list for bizarre data loss stories have to be number six, two and one, which respectively recount a brawl between two colleagues in a server room which caused one of the racks to tip over, a drive that went overboard - spending six months 200ft below the waves before being recovered - and a hapless criminal who thought that ditching his laptop out a 12-story window during a police raid would mean that the incriminating evidence would surely be destroyed.

We applaud Kroll's efforts towards making sure that vital data is recovered when accidents - or indeed even deliberate attempts to subvert the course of justice - occur.

But we also would remind everyone that regular backups can be a much more effective way of making sure that those precious bits don't byte you in the arse.