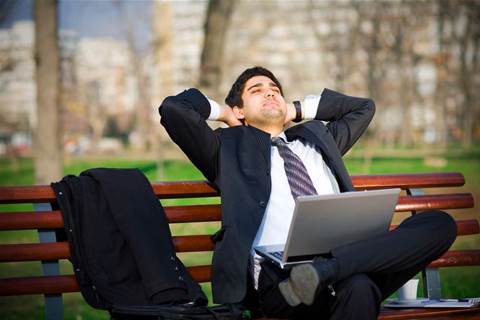 The 2010 version of the Australian Taxation Office's (ATO) online tax return software will support Windows 7, but not Mac or Linux operating systems.

Since the e-tax software was introduced in 1999, it has been compatible only with Microsoft's operating systems.

The ATO has been expected to make e-tax available on other systems since 2007, when Tax Commissioner Michael D'Ascenzo announced plans to make it "compatible with any computer system that has internet access."

In September 2009, the agency extended a three-year-long relationship with IT services company DWS with a $10m, three-year contract to maintain and develop e-tax.

However, an ATO spokesman today told iTnews that e-tax 2010 will still be incompatible with non-Windows systems when it is launched on 1 July.

While introducing Windows 7 compatibility required only a small change, developing for non-Windows operating systems would require a "complete redevelopment", the spokesman said.

"In an e-tax context the differences between Windows Vista and Windows 7 were not significant.

"Based on technology currently available, e-tax cannot be made compatible with non-Windows operating systems without a complete redevelopment of the existing e-tax software.

"The ATO will continue to explore the availability and cost of technology to allow the existing e-tax software to be made available to a wider range of operating systems."

According to Gartner's analysis of the PC market by operating system, Windows 2000, XP and Vista was installed on a total 92.3 percent of worldwide PCs in 2009. Windows 7 was installed on 2.7 percent, Mac OS on 3.0 percent, and Linux on 2.0 percent.

The report, which was published last week, forecasts Windows 7 installations to increase to 18.8 percent in 2010. Meanwhile, Mac OS installations will increase slightly to 3.4 percent and Linux will remain at 2.0 percent.