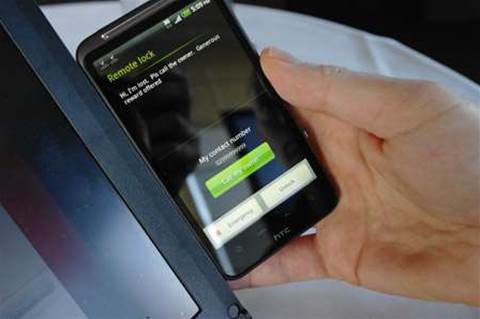 It's the new flagship Android phone, and the Desire HD comes with some interesting tricks up its sleeve, even if it's lying in the backseat of a taxi. ﻿

From MobileMe to Samsung's Mobile Tracker, losing your phone needn't be the end of the world with the latest generation of smartphones.

We’ve already posted this account of how phone tracking tools can actually work in real life.

As more of our accounts move to the Internet, and sync with a central server, losing your phone will be less of a disaster. Sync up a new handset, and you'll at least recover some of your personal data, depending on the service and how diligent it requires you be about syncing everything up. The new Windows Phone 7, for example, let users backup data to a Web site, and let you attempt to find your phone if it's lost.

That doesn't resolve the issue of missing your calls, and the potential cost of someone racking up bills on your handset before it's locked down.

HTC unveiled a few tricks in this department for owners of their new flagship Android phone, the gorgeous Desire HD. For HTC or Android aficionados, we've already reported the Desire HD's major features, including an 8MP camera, big 4.3in screen, Android 2.2 (which, incidentally, Australian Desire owners are still waiting for), and DLNA for playing photos and movies on your TV (the phone also records videos at 720p).

Today we also got a brief walkthrough of the Desire's remote locking and security features, which owners access via htcsense.com.

The site gives you a number of commands, should you lose it. These include the ability to track the phone via a map, lock the phone, erase the phone, and the ability to send a message telling the person holding it to please call a number you nominate - not so useful if the phone's stolen.

Interestingly, in addition to telling the phone to forward your phone calls, you can also request that text messages be forwarded (something HTC's product rep tells us is not always possible with remote phone tools). 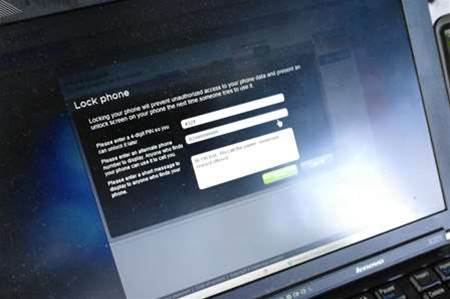 Composing a message to be sent to a lost phone

If you're hankering for the Desire HD, you'll have to be prepared to be a Vodafone user. HTC has signed the Desire HD to the carrier exclusively, and the phone will be $0 upfront on a $59 cap ($69 cap with $10 discount offer).

The Desire HD gets Android 2.2

As you'd expect the new HTC phone will be running Android 2.2, something Australian owners of the HTC Desire have been waiting for. At today's event, HTC's Anthony Petts called the process of readying the Desire-friendly OS update a "nightmare". "We're ready to go, it'll be out there very shortly," he said.

The Desire HD will also come with pre-loaded maps, which we understand come from TomTom, rather than relying solely on Google Maps. Another nice touch which we had demonstrated for us, is the ability to answer incoming phone calls without exiting out of the map app. The Desire HD also has a digital compass, so there's no need to awkwardly rotate your handset to align the map in the direction you're facing. 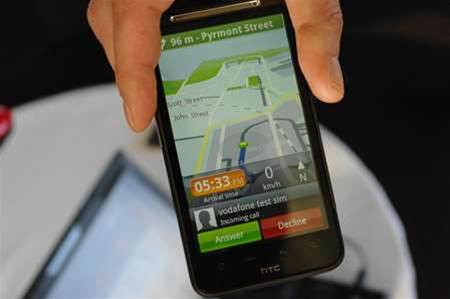