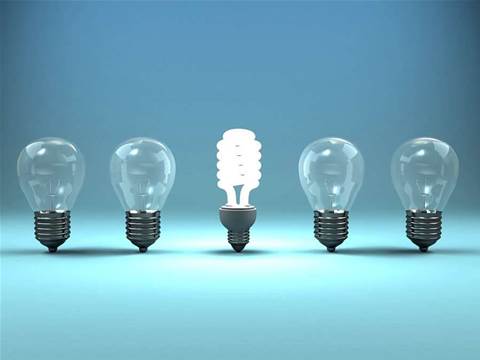 The lobby group warns Australia is falling behind in global innovation, and calls for urgent tax, immigration and other reforms.

StartupAUS has issued its annual Crossroads report for 2016, warning Australia is falling behind other countries in terms of innovation, risking an economic slump unless governments implement reforms to promote startups and innovation.

The report notes that Australia is falling on the Global Innovation Index, dropping to 19th spot behind countries such as New Zealand and South Korea.

Citing research by PwC, the report warns Australia could drop a further 10 spots by 2050, leading to it falling out of the G20 and be overtaken by emerging economies such as Bangladesh, Egypt, Iran, Pakistan, Philippines and Thailand.

“A lack of investment in innovation has affected all parts of the Australian innovation system, but none more profoundly than the startup ecosystem,” the report states.

“Startups are highly mobile, and will move to locations that best support their growth.”

While acknowledging positive steps by Prime Minister Malcolm Turnbull as part of the National Innovation and Science Agenda, the report notes many other countries are also focused on achieving similar outcomes.

Because of this, the report warns Australia will need to make further progress just to maintain its current position, and will have to make extraordinary progress to become a major player globally.

“Despite positive developments over the last few years, Australia does not currently have all of the required conditions for a successful startup ecosystem,” the report said.

“Their establishment has been hampered to varying degrees by market failures spanning education, culture, expertise, access to capital and regulatory environments.”

To overcome these issues, StartupAUS argued there are six key areas where federal and state governments need to do more to boost tech startups and innovation:

The report noted that programs providing advice and mentoring to startups entrepreneurs, including incubators, accelerators and co-working spaces, are geographically spread out across cities and becoming more so as new programs are created.

StartupAUS recommends that governments at all levels work with industry to establish a national network of innovation districts in major cities in a manner to the Tonsley precinct in South Australia,

To streamline and coordinate government efforts, the report suggests Australia would benefit from having a single federal government agency with responsibility for oversight and delivery of innovation policy and programs.

While Australia is not lacking wealthy individuals, with the country’s wealthiest 207,000 people holding a combined $684 billion worth of assets, the report claims it does have one of the lowest rates of VC investment into startups in the developed world.

In financial year 2015, Australian venture capital funds invested $170 million across 80 seed, startup and other early stage deals (up from $100 million in 2014), placing Australia 40th in the world in availability of VC funding.

To change the situation, StartupAUS recommended that the federal government increase the R&D Tax Incentive refundable tax offset for tech startups from 43.5 percent to 90 percent for companies with an aggregated turnover of less than $20 million.

Highlighting the ‘chicken-and-egg problem’ of Australia lacking a significant number of startups that had grown into global tech companies, the report recommended the creation of a national entrepreneurs-in-residence program.

The program would bring experienced entrepreneurs, investors and startup advisors to Australia for periods of time to work with innovation hubs across the country.

Other recommendations on this front include the implementation of an international entrepreneur visa program, and a program to attract promising international startups to Australia.

To help overcome skill shortages, the report called for an extension to digital technologies curriculum in high schools to make computer science compulsory for grade nine and 10 students, and an elective subject for years 11 and 12.

The report also recommended a relaxation of 457 skilled migration visa restrictions to bring in more skilled overseas IT workers, along with the abolition of fees for workers on 457 visas who send their children to public schools.

The report noted that Australia currently lacks a culture that encourages entrepreneurship.

To overcome this, it recommends that federal and state governments create comprehensive entrepreneurship exposure and education programs in all schools for all students between grade six and 10.

At university and TAFE, students should be exposed to technology entrepreneurship through experiential programs such as incubators, accelerators, internships and overseas placements.

It also called for a scholarship program to encourage high performing university STEM graduates to join or form a startup within their first three years of graduating, along with a national overseas startup immersion program for university students.