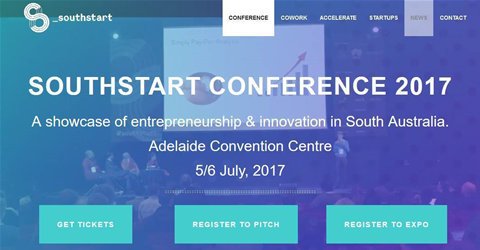 ‘Going Global’ SouthStart conference to be held on 5-6 July.

Aimed at South Australian entrepreneurs, investors, hackers, hustlers and founders, the SouthStart conference is returning for the fourth time. Scheduled for 5-6 July at the Adelaide Convention Centre, as part of Entrepreneurs Week, this year's theme for SouthStart is ‘Going Global’.

“South Australia punches well above its weight in the global market based on our population size,” said SouthStart Director and Teamgo CEO Steve Barrett.

“The city has firmly put itself on the map as an innovative hub for growth, notably with country-first initiatives like GigCity and new startup programs including Techstars and Bridge to Mass Challenge introduced in the last year.

“We know that innovation is a key driver of business competitiveness, economic growth and improved living standards and we, at SouthStart, believe that startups are a key part of the equation,” he added.