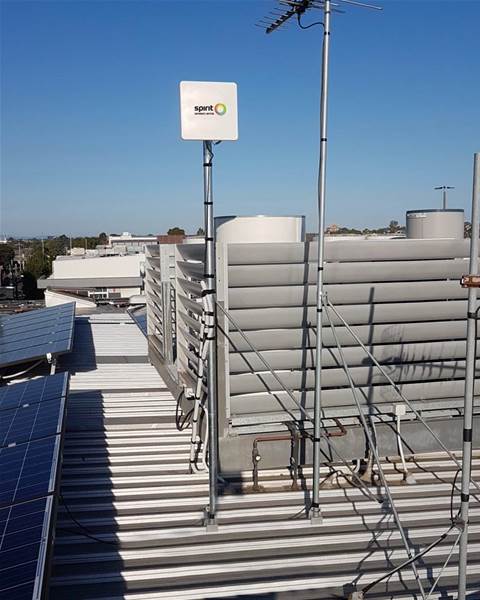 Depending on where you are located, the NBN might not be your only option for fixed broadband.

Those who remember the early days of the commercial internet in Australia may recall that there used to be quite a few small ISPs serving particular areas. Something similar is happening with fast broadband despite the rollout of the NBN.

A number of providers are using fibre or fixed wireless to provide fast broadband (yes, that's arguably a tautology, but you know what we mean!) to areas under-served by the NBN.

That might be because residents and businesses in those places are still waiting to be connected the NBN, or to meet demand for higher-grade services than the NBN currently offers (the latter probably wouldn't have been a consideration if the original mostly-fibre NBN had gone ahead, but there we are).

Spirit Telecom is such a provider. Its strategy is basically to establish a foothold at the highest point in an area (such as an apartment building) with a fibre connection, and then "target any roof we can see" from there via fixed wireless links, explained CEO Geoff Neate. This approach allows quicker expansion than running a fibre connection to every customer's premises.

Spirit offers faster connections than those currently available on the NBN: up to 200/200Mbps for residential customers (prices range from $67 a month for 25/25Mbps to $169 for 200/200Mbps, all with unlimited data), and up to 1/1Gbps for business users.

The symmetrical speeds - meaning uploads are as fast as downloads - are of particular benefit to users who need to upload large files (such as videos, medical imaging, or some complex CAD models), or who want to back up their data to the cloud.

Spirit operates its own network and usually over-provisions connections to reduce the risk of customers getting significantly less than they pay for (which has been a common complaint with NBN FTTN connections). If the actual throughput is less than 90 percent of the nominal speed, Spirit will investigate. "We ensure you're getting those speeds," said Neate.

Spirit eats its own dog food: its South Melbourne office connects to the internet via the company's CBD tower. This wireless link delivers around 700Mbps, he said. (Just as with Wi-Fi, the speed actually obtained with a fixed wireless service declines the further the premises are from the point of presence.

"Speeds are going to get faster," and Spirit will match or beat other products, Neate asserted.

Installing a Spirit wireless connection is similar to installing a TV aerial: an antenna about the size of an A4 page is mounted on the roof, and a cable runs from there to a wall socket to which a router is connected.

The company covers an area of 12,000 square kilometres in Queensland and New South Wales from Noosa to Byron Bay, plus parts of Sydney, Melbourne and Geelong.

Spirit's latest point of presence is at a cluster of apartment buildings in Mentone, a bayside suburb of Melbourne. From there, it can serve premises in Mentone, Cheltenham, Parkdale, Braeside, Mordialloc, Waterways and Dingley Village.

"We are in a land grab," said Neate, but he realises Spirit can only retain customers if it does a good job. Its most recent Net Promoter Score (NPS) was 55 on a scale that ranges from -100 to 100. An NPS of 50 or more is generally considered excellent, and Neate pointed out that most Australian telcos have much lower NPSes than Spirit's.

Spirit Telecom is not the only fixed wireless internet service provider. Among the others are Rocket Networks (covering large parts of Adelaide, Brisbane, Melbourne, Perth and Sydney) and Uniti (much of Adelaide, along with Melbourne's CBD and substantial parts of the western, inner eastern and southern suburbs).