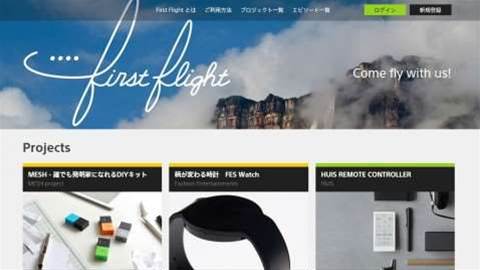 Sony has launched its own crowdfunding platform. Called First Flight, the service won't be challenging the likes of Kickstarter and Indiegogo any time soon - aside from being created in order to finance projects from the brains of Sony employees, for the time being it's only available in Japan.

Despite this, it seems to have taken some inspiration from other crowdfunding sites. The layout for each potential product contains an introduction paged with videos, images and a description of the vision, along with different funding levels and a blog for updates. Rather than a funding thermometer, Sony's crowdfunding progress is represented as a plane flying from left to right.

The only project open to back at the moment is the HUIS e-paper remote control, which has already sold out of its early reward' ¥2000 discounted version, so maybe it's not that far removed from its fundraising cousins after all. At the time of writing, the HUIS remote is 38% of the way to reaching its funding total, from 74 supporters. 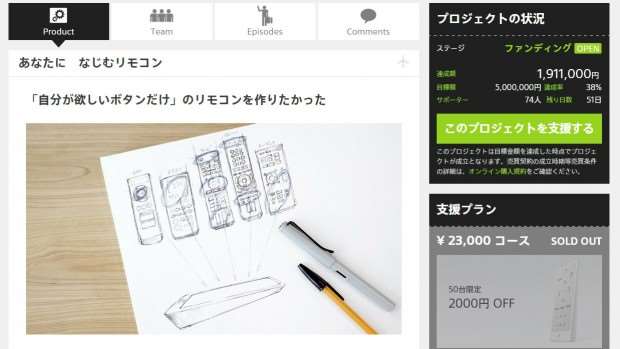 Elsewhere on the site, there's not much to do for now. There are pre-orders for a couple of crowdfunding successes from elsewhere: the mesh sensor kits (which achieved 120% of its funding target on Indiegogo) and FES e-ink smartwatch (139% on Makuake), but not much else in the way of content. Perhaps Sony should have launched the site with Shenmue 3's call for funding, rather than having to give Kickstarter its 5% cut.

Of course, that would involve launching First Flight globally, and it doesn't look like there are any plans to do that for the time being. In fact, according to a Sony spokeswoman back in February, raising money has never been the chief aim of crowdfunding: it's about testing the public's reception to new ideas. “Fundraising isn't the point here. Crowdfunding helps us to collect feedback from early adopters and users before products go on the market.”

Still, the bigger the audience that ideas are put in front of, the more confident you can be in their appeal, so it wouldn't be wholly surprising for First Flight to emerge in other markets. If it gets positive feedback from these early Japanese adopters, of course.

I have read and accept the privacy policy and terms and conditions and by submitting my email address I agree to receive the Business IT newsletter and receive special offers on behalf of Business IT, nextmedia and its valued partners. We will not share your details with third parties.
Copyright © Alphr, Dennis Publishing
Tags:
company sony crowdfunding platform crowdfunding sites funding thermometer kickstarter sony sony employees
By a Staff Writer
Jul 2 2015
11:40PM