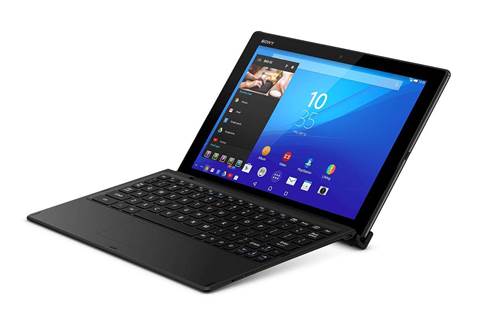 Most of the tablets we've spotted in small businesses have been iPads being used as point-of-sale devices, but what's happening behind the scenes is anyone's guess.

For those favouring Android and the 'you can never be too slim' philosophy, Sony's new Xperia Z4 is the world's slimmest and lightest 10in tablet, according to the company. It is just 6.1mm thick and weighs 393g - for comparison, an iPad Air 2 is also 6.1mm thick but is slightly heavier at 444g, but its screen is fractionally smaller at 9.7in where the Xperia's measures 10.1in.

Other features include "the world's brightest 10.1in 2K display," an octa-core 64-bit processor for performance, and an IP68 waterproof (up to 1.5m for 30min in fresh water with all covers firmly closed) and (completely) dust tight rating.

The Xperia Z4 is initially a Telstra exclusive, available outright for $888 or for $62 per month over 24 months on a Go Mobile Broadband plan. While not mentioned in Sony's announcement, Telstra's web site seems to say the device is also available on $55, $79 and $124 plans.

And while stocks last, buyers will also receive a free Bluetooth keyboard.

But if you can wait a few weeks, the Xperia Z4 will be available for $799 from Sony's own retail outlets.