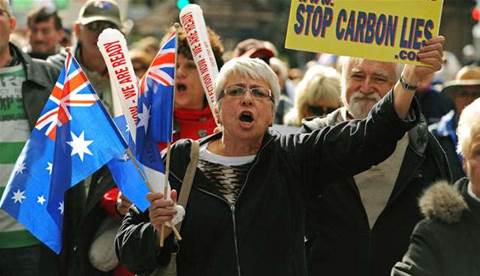 Working out how much the local rubbish tip should charge under the carbon price era is “very complex”, concedes the consumer watchdog.

While the carbon price hasn’t resulted in a “Whyalla wipe-out”, as Craig Emerson sang, the ACCC notes that there is still “some confusion” about how much impact the tax is having on prices.

While the number of complaints to the ACCC is relatively low, it seems that separating fact from fiction when it comes to prices in the carbon tax era is proving difficult in some sectors.

“What might look like a carbon price representation at first glance often turns out to be something different,” reads a statement released today by the ACCC.

The most complaints have been about the price of electricity, landfill, building and construction. But in each case, prices rises might not be totally due to the carbon tax.

Calculating "pass through" costs is a "very complex" issue when it comes to landfill, says the ACCC. When it comes to building and construction, it states that “isolating the effect of the carbon price may be difficult.” Refrigerant gases is another area of complaint where other factors are also at play.

The ACCC says it is “in contact with a number of local councils and industry associations about landfills to understand their approach.”

Last month we noted that the Queensland Master Builders association had told contractors to tell clients prices will rise at the start of the financial year “and leave it at that”. Builder should “never inform clients that they are putting their prices up to cover carbon tax, unless they are absolutely certain of the exact costs involved,” the association said in a statement.

The ACCC reports it has received 630 complaints and questions about the carbon price since July 1 - over 250 of which were about electricity and gas bills. That compared to more than 8,000 complaints the ACCC received in total about carbon price and non-carbon price issues.

The ACCC will host a web conference on August 16 where small businesses can ask questions about the carbon price.