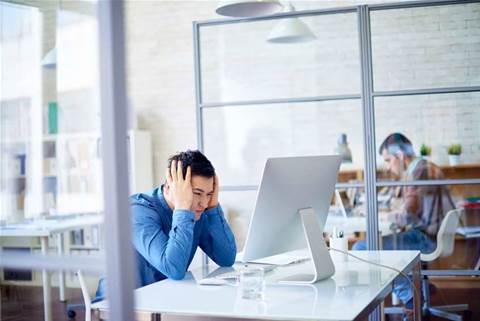 Businesses have nominated technology as the greatest source of inefficiency in their operations, according to a new survey.

In a survey of printer manufacturer Oki's small and medium-sized enterprise customers, respondents nominated tech issues as the greatest source of business inefficiencies – with 34 percent pointing to websites, apps and ecommerce; 33 percent to IT and technology generally (including online business systems); and 28 percent to digital marketing and online advertising.

Even though 76 percent agreed that finding new ways to implement technology in their business was a key opportunity for competitive advantage, only 38 percent said they plan a technical improvement campaign during the coming year.

The most common explanations for this discrepancy were the lack of finance (30 percent – possibly indicating an opportunity for as-a-service providers), inadequate staff skills (25 percent) and being unaware of any alternatives.

The fact that 81 percent said cost was a critical consideration when choosing technology and equipment suppliers seems to suggest that price is an issue, not just the availability of finance – especially when the majority of businesses (59 percent) spend less than $5000 a year on technology to improve efficiency.

Yet even though – or perhaps because – tech-related matters are seen as common causes of inefficiency, 53 percent of respondents believe additional tech investment isn’t the most beneficial way to increase efficiency.

The study surveyed 500 respondents from 82 organisations, with 87 percent of them from Australian organisations employing no more than 20 people. The Oki Australian SME Business Efficiency Report 2016 is available here.