Small business policy - Where do the two main parties stand? 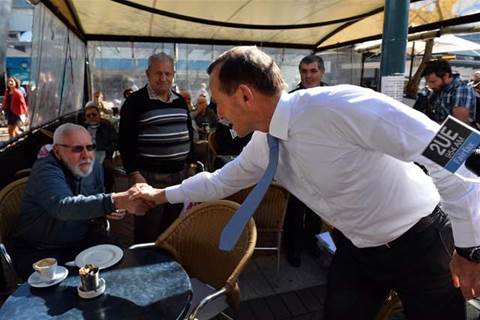 Where do the major parties stand in relation to small business policy?

Here we are within four weeks of the federal election and the two major parties small business policies are now taking shape. Much of what is in these policy packages is not new, but it might be worth taking a look at the various policies and their likely impact on small business

The Australian Labor Party (ALP) has focused its small business policy around a repackaging of its past announcements. These include the elevation of the small business portfolio into the inner cabinet and the appointment of Mark Brennan as the Federal Small Business Commissioner.

Both of these initiatives are welcome. Mark Brennan is an excellent choice for this role. However, he does not have the legislative powers or departmental resources that should be afforded to this position. This is something that I have written about previously in “The Conversation”.

Although the ministerial role was elevated to the inner cabinet following the appointment of Brendan O’Connor, the continuous rotation of ministers is a problem. It does not encourage good policy formulation and weakens the minister’s ability to get on top of the portfolio.

The government has also offered the ability of small firms to secure some taxation benefits in the form of the instant asset write-off tax reforms (to be capped at $6,500), and the “tax carry-back” reforms. However, these were announcements from the 2012 federal budget of Wayne Swan. They are combined with small business support via the help line and Enterprise Connect.

The ALP has also announced the requirement for employees who make vexatious claims to Fair Work Australia to have to pay costs. This is a useful initiative, but does not really address some of the fundamental issues relating to the federal industrial relations system.

Finally, there is the tasking of the Productivity Commission to examine the process of engagement between the small business sector and regulators. This was a policy announced in December 2012 by Brendan O’Connor and designed to generate a “report card” on the impact of federal and state regulations on small business costs.

The draft report from the Productivity Commission was released in July this year. It makes some useful observations and recommendations. Most of them are obvious and boil down to government agencies making their regulations more user friendly for small firms, particularly the majority of which are sole traders. The recommendations provide a valuable starting point for any new government, but getting these things actually done will be the key challenge.

The Liberal National Party (LNP) has a much longer list of policies designed to entice the small business sector. Unlike Labor the Liberals have had a consistent Shadow Minister for Small Business in Bruce Billson, who came to the role in 2010.

Other initiatives designed to enhance the advocacy power of small business are the appointment of representatives from the sector onto key economic bodies such as the Board of Taxation, The Australian Competition and Consumer Commission and Fair Work Australia. This will be complemented by the appointment of a Small Business and Family Enterprise Ombudsman with greater authority.

Depending on how these initiatives are implemented it could be a welcome change as it would provide a more empowered small business advocate. Their ability to liaise with the existing small business commissioners in states such as NSW, South Australia, Victoria and Western Australia could provide some much needed national coordination of small business policy.

In the area of regulatory reforms the LNP propose undertaking a $1 billion per year “red tape reduction”. They will also repeal the carbon tax, which they argue has hurt small business. There will also be a systematic review of the national competition laws, and steps taken to better protect the rights of independent contractors and the self-employed.

This will include extending the current unfair contract protections for consumers to small businesses. Other regulatory measures include a reform of the franchising legislation and a revision of the meaning of “fair commercial conduct” to help clarify the laws relating to “unconscionable conduct”.

How well the opposition can implement these initiatives should it win office will be the ultimate test of their effectiveness. For example, the removal or reduction of red tape has been a major challenge facing governments for decades. Let us hope that sensible reforms can be found, although it will require a strong commitment from federal, state and local governments and their respective agencies to achieve the necessary outcomes.

In relation to financial measures the opposition’s policy platform includes the 1.5% company tax cut already announced. There will also be a requirement that federal government agencies pay small businesses within 30 days or suffer interest charges.

Measures designed to help small firms get better access to winning federal government contracts have been proposed. The opposition will also delay by two years any further increases in compulsory superannuation payments. This is designed to ease the financial burden on small business employers.

A more challenging proposal is for the coalition to assist small firms’ to secure better access to finance. This will seek to address issue of credit assessments and the structure of small business loans secured against personal assets such as the family home.

All of these measures have some merit, in particular the requirement for government agencies to pay small businesses promptly, and initiatives to help small firms’ to secure better access to government contracts. However, the task of getting better and more equitable bank loans and credit terms for small firms from the Australian financial sector will be significant.

In terms of direct support the LNP is promising to provide small business with a package of information and education programs designed to help them deal with employment laws and other legal systems. It will also review the tax system to help the Australian Taxation Office become more small business friendly.

Under the coalition’s paid parental leave scheme the small businesses will not pay the levy and all compliance work will be undertaken by the Family Assistance Office. There will also be enhanced federal government support for small firms impacted by natural disasters.

Finally, the opposition includes in their small business policy reference to infrastructure. They list their previously announced spending on major road infrastructure projects. They also refer to their modified “fibre to the node” proposal for the NBN. There is also a $50 million plan to fund CCTV security cameras designed to curb anti-social behaviour.

Infrastructure is indeed a key element in creating an a competitive economy. In particular the need to link all Australian businesses and households to the world’s best practice fibre optic network.

Unfortunately these infrastructure measures don’t really address the specific needs of small business. Of much greater value would have been a long term commitment to a significant invesment in infrastructure including fast rail networks to all the major east coast cities and the upgrading of regional and domestic airports.

There should also have been mention of enhanced investments in sea ports and the associated road and rail networks able to carry commercial freight via multi-modal logistics hubs.

In relation to the NBN, the suggestion that the opposition’s system will be delivered faster is not a important as getting Australia’s small firms a system that is best practice.

Whichever party that forms government should make a commitment to ensure that any final NBN system offers long term guaranteed broadband capacity equivalent to having fibre optic system directly to the work place.

This is already a key factor in the future of undertaking business across most sectors and any system that cannot offer these speeds and carrying capacity will only impose unnecessary burdens on industry.

Further, this broadband infrastructure needs to penetrate directly to the majority of homes for this is increasingly where many independent, self-employed business owners are operating.

Overall what is the difference?

In reviewing these policies the overall conclusion is that both sides of politics have at last realised the importance of the small business sector to the national economy. This is a welcome trend. With small businesses comprising over 90% of all Australia’s firms they deserve much better attention than has bee given to them in the past.

However, there are few really new announcements to be found here. The government’s policy package reflects the continuous changes of small business ministers since 2010. There is a lack of cohesion about it and an absence of strong leadership displayed by the current minister Gary Gray who is also dealing with resources and tourism.

By contrast the dedicated effort and energy of Bruce Billson within the shadow small business portfolio over the past three years can be seen in the coalition’s policies.

Note: Tim Mazzarol is President of the Small Enterprise Association of Australia and New Zealand (SEAANZ).

SEAANZ is a not-for-profit organisation founded in 1987. It is dedicated to the advancement of research, education, policy and practice in small to medium enterprises.

Tim Mazzarol does not work for, consult to, own shares in or receive funding from any company or organisation that would benefit from this article, and has no relevant affiliations.