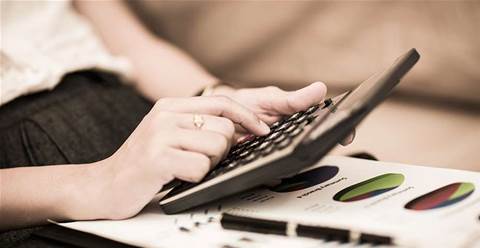 Planning to take advantage of the $20,000 asset write-off? You're not alone.

The ability to immediately write off the purchase price of most depreciating assets costing less than $20,000 has understandably been well received by small businesses. And it seems a lot of them are thinking of investing in tech.

A survey commissioned by Staples Technology Solutions (STS) found nearly 40 percent of the 500 small business respondents said they would purchase assets because of the tax break. We're surprised it's so few, but that could be due to the exact wording of the question or how it was interpreted by the respondents. After all, you don't buy assets just because they are deductible, but the impact the change has on a business's cash flow might change the timing of purchase decisions.

Of those that are planning to invest in IT equipment, almost 75 percent have tech hardware on their shopping lists, according to the survey. The next most common categories were software and trade equipment, both a long way behind at 42 percent.

STS talks in terms of laptops and tablets, which suggests small businesses are looking at relatively upmarket models. All iPads cost less than $1000 (the old limit for immediate write-off), as does Microsoft's Surface 3 tablet (you can even get a Surface Pro 3 for under a grand) and a wide range of notebooks, even from 'name brand' vendors such as Toshiba, HP, Lenovo, Dell, Asus and Acer. Maybe some of them have their eyes on products such as Apple's MacBook family, or Dell's upmarket Latitude 5000 series of thin and light notebooks.

Another thing that puzzles us about STS's survey results is the finding that "The tax incentive also appears to be speeding up cloud migration with nearly 60 percent of those intending to purchase software taking the opportunity to move across to a cloud-based model, particularly for accounting software and office applications such as Microsoft Office 365."

Why are we puzzled? If you're buying software on subscription, the outlay is already an expense and is not subject to depreciation, whether it runs in the cloud or on your own hardware.

Perhaps it can be explained by another of the survey's findings: less than 45 percent of businesses believed the $20,000 tax break was sufficiently clear.

It sounds like advisors such as bookkeepers and accountants are going to have their work cut out explaining the change to their clients.